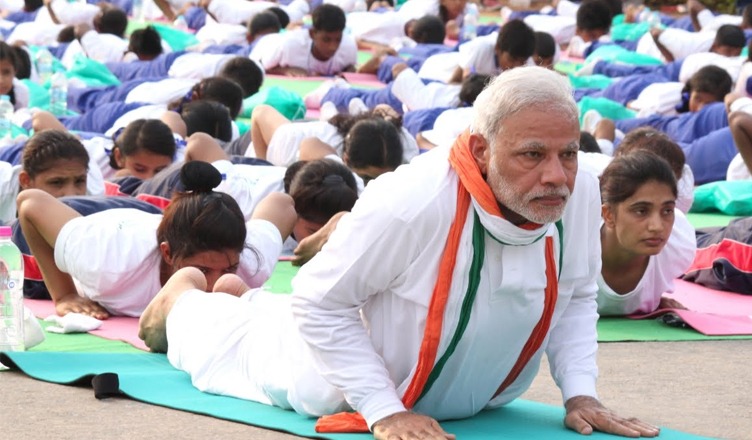 Dear Mr. Modi,
I hope the fitness video you promised to post after Virat Kohli challenged you to it, is coming out well. Maybe you’re quite busy doing push-ups and burpees and suffering from many an ache that you didn’t hear what’s going on in the country amidst all the din. We understand these are the promised ‘Ache Din’ you meant (and not what it means in Hindi). Perhaps that’s why you haven’t found the time to respond or reach out to the victims of police brutality in Thoothukudi—it’s a tiny little town in the south. It’s in the state of Tamil Nadu, the capital of which is Chennai, a city you visited recently and the people for some reason released black balloons into the air and didn’t let you visit the museum in Fort St. George.

The next time people are a little less livid with you, you must visit the museum. A few centuries ago a young Englishman with a wild temper decided to take his own life at Fort St. George. Popular legend has it that he held the gun to his own head and fired twice. And misfired both times!

So, he decided that he was destined for bigger things. Indeed, he was. He went on to be known as Clive of India by the Europeans and was investigated for corruption. Nevertheless, he is celebrated as a hero by many British and his corruption was overlooked. Well, it’s kinda obvious, the corporates and capitalists are willing to see through corruption if it benefits them. It’s pretty much been the case in history.

Oops, I forgot, you’re not very good at history. That’s why I suggest you visit the Fort St. George museum next time. But please be careful, because Chennai has many Telugu people and is very close to the Andhra border. I guess your buddy Amit Shah would have told you about the bitter experience he had at Tirupati with the supporters of your former ally TDP. It was reported that his convoy was attacked because the Andhra people are angry that you broke the promise of according the special category status.

But I reckon, in case such shameless and indefensible behaviour is repeated by your former allies, the supporters of TDP, you’re now fit enough to run to safety—keep doing the push-ups and burpees. I know how angry people are and that’s why I won’t challenge you to come to Andhra now. It’s ok. I understand that these things happen when we get carried away in the heat of the moment. Just like Clive got carried away and fired at himself, twice. And missed. In such cases, I don’t know what is more tragic—success or failure.

Anyway, as I was saying, at the museum, you will find many old coins minted in the colonial times. It’s a numismatist’s delight. You’ll probably come across artifacts from the Bank of Madras, which merged into the other two presidency banks of Calcutta and Bombay to form the Imperial Bank of India. And in 1955 it became the State Bank of India. Yes, the same SBI that is the largest bank in India. It’s apparently in trouble now. After the two suicidal shots you fired like Clive, both demonetization and GST implementation, are a tragedy of the Indian economy, whether a success or not. And all through 2018, we’ve heard about the bad loans banks have been exposed to. The bad loans are mostly by the corporates and when the big guys default, they are not humiliated like farmers or students. Instead, they come up with big bombastic words like recapitalization.

Well, my knowledge of economics is as bad as yours, but I know that recapitalization essentially means that when the banks run out of money to lend, the government steps in and gives them some extra dough to get back to business as usual. Of course, the recapitalization is done from our money, the faceless tax payer’s money. From the heavy prices we pay for fuel, gas, and by strangulating the farmers. Like I said, it will be business as usual. Just as Clive’s maladministration was ignored—even celebrated as long his rich buddies were kept happy.

But you are different. And like I have heard, Oommen Chandy too must have heard about your greatness. Remember Mr. Chandy? You once compared his state with Somalia. I guess he has heard the Bal Narendra tales and about your 56-inch chest too. Which is why he challenged you to the #SaveSBIChallenge and asked you to prevent the bank from levying an additional monthly service fee. Rather than burden the poor people, like Clive’s ilk, it’s better we catch the people responsible for this financial mess. I am sure Mr. Chandy would agree that with your bravado and frequent foreign trips, you will catch the likes of Nirav Modi and make him pay for photobombing your photo session at the World Economic Forum. And maybe for the financial fraud too. I’m sure it’ll make a great action film.