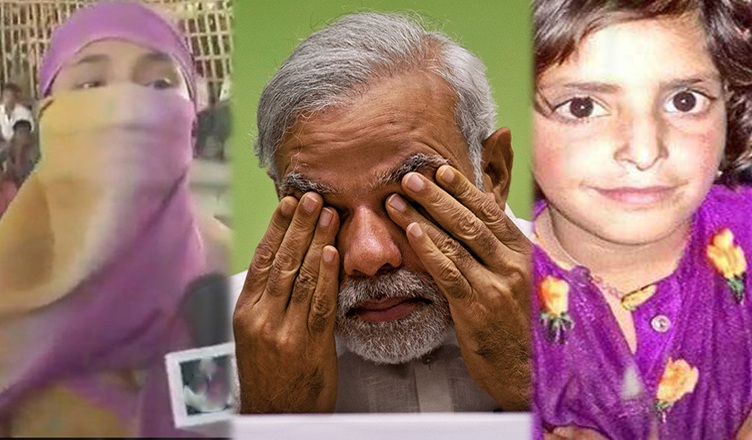 The chilling details mentioned in the charge sheet filed by the crime branch of the Jammu and Kashmir (J&K) police force in the Kathua rape case shocked the entire nation and reminded them of the brutal Nirbhaya gangrape. But, what is astonishing is the silence of our Prime Minister Narendra Modi in this regard. Instead, he is busy observing fast over a trivial issue, which is any day lesser important than such a heinous crime.

Instead of ensuring speedy action and bringing the perpetrators of this crime to justice, PM Modi is observing fast against the disruption in Parliament in the recently held session. Really? Doesn’t he find these horrible rape cases important enough to be condemned or being handled in a way that that the victims in both the cases get justice?

Both these cases have taken place in BJP-ruled states and yet, PM Modi along with other prominent BJP leaders have neither condemned it nor shown any interest in them. 8-year-old Asifa was brutally gang-raped and then murdered after she was kidnapped on January 10 in Jammu and Kashmir’s Kathua while she had gone out grazing horses in a pasture near home. The main accused in this case is retired revenue department official Sanjhi Ram. What is worse is that some of the Hindu outfits are still defending Sanjhi Ram and are not letting police do their work.

In Uttar Pradesh’s Unnao, BJP MLA Kuldeep Singh Sengar has been accused of raping an 18-year-old girl last year. The victim said that she was trying to file an FIR for a year but could only do so now. Soon after the FIR was filed, the girl’s father was beaten to death in judicial custody. Isn’t that ironical? Instead of the culprits being caught and interrogated, the victim’s family member was taken into custody, threatened and beaten to death.

Also read: By shielding MLA accused of rape, BJP is propagating misogyny of the worst kind

The two cases are horrific and would boil anybody’s blood. But, our PM and his party seem to be absolutely ignorant about them. If Prime Minister Modi really wants to make a mark, he should rather observe a fast against these heinous crimes, instead of keeping on trivial issues.