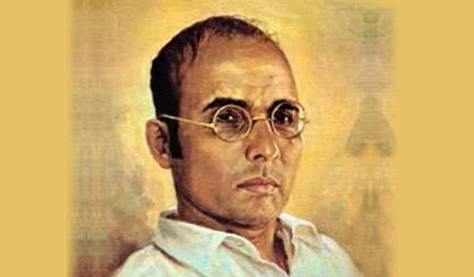 Author and originator of the concept of ‘Hindutva’, which the BJP swears by, Vinay Damodar Savarkar or ‘Vir’ as the BJP addresses him, has brought disrepute to this term in all ways possible.

Savarkar is that ‘Vir’ who, after being sent to prison in 1911, petitioned the British for early release within months of beginning his 50-year sentence.

While for other freedom fighters, it was a matter of pride to be in prison for their motherland, this ‘Vir’ Savarkar only pleaded the British to set him free.

Yes, he is that ‘Vir’ Savarkar, whose several petitions made to the Britishers stated: “let me go and I will give up the fight for independence and be loyal to the colonial government.”

He is the same ‘Vir’ who opposed the Quit India movement.

He is the same ‘Vir’ who was accused of the assassination of the Father of the Nation, Mahatma Gandhi.

No doubt, BJP follows his footsteps and indulges in activities which are anti-national to the core.