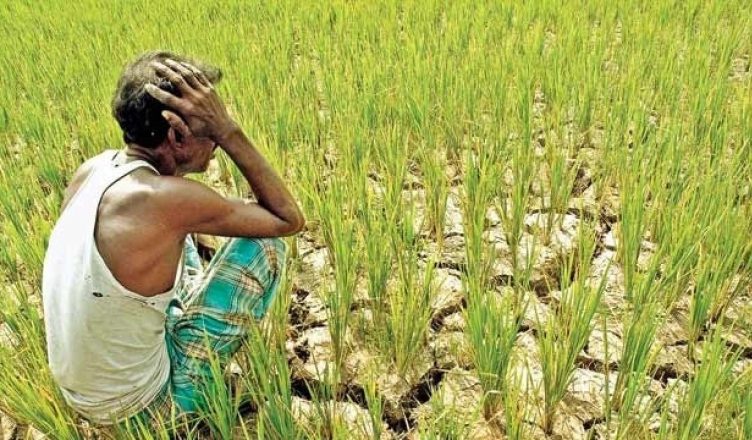 India is one of the largest agrarian countries in the world with almost 70% of the population being dependent on agriculture and its allied sectors. Even though there is so much dependency on agriculture, 82% of our farmers are small and marginal. Exposed to the pressures of globalization, the vagaries of nature and unforeseen contingencies such as the Covid-19 pandemic, the agrarian sector requires the support of the government.

However, the BJP has been apathetic and even hostile to the farmers in India on numerous occasions. While the Congress in 2008 had introduced the Agricultural Debt Waiver, the BJP government has become notorious for focusing on corporate loan waivers. With over ₹ 6,60,000 crores waived off for corporate’s since 2014, the BJP government has put the finances of the nation in jeopardy. It is a matter of deep concern that four banks—PMC, IDBI, YES Bank and CKP Bank—have gone bankrupt since 2014. Especially when farmers lost Rs.3 Lakh Crore in 2017-18. What are the priorities of Modi sarkar?

Also Read: The attitude of the government towards labour issues must change

The argument put forward by the BJP and its supporters is that supporting the corporates would ensure employment is generated. Yet, they overlook the fact that majority of India is dependent on the agricultural sector and thereby their sources of livelihood must be protected. However, those who require the help of the government are exposed to the lacunae of the free markets, while the corporates are protected by the BJP government. It is argued that announcing loan waivers for farmers would result in financial indiscipline and that it would become a habit for people to seek more waivers in future. However, the corporate loan waivers are not subject to such arguments.

Ironically, the high priest of capitalism, the USA has announced a subsidy of $ 23 billion, for the agricultural sector, while in India, which avows socialism in the constitution, the government has not announced anything to mitigate the crisis our farmers are in. Subsidies are often disparagingly called ‘doles’ or ‘hand-outs’, and are accused of financial indiscipline. The BJP propagates and practices capitalism for the poor and socialism for the rich.

Those against supporting the agricultural sector must realise that an agrarian crisis will directly lead to a humanitarian and even a national security crisis. Countries such as Japan have a strict national policy to avoid any import of rice, so that they are never dependent on other nations for their staple food, lest their sovereignty is under threat. Yet, the BJP which harps on national security is not conscious about the realities.

Further, when the livelihoods of 70% of our population is at stake, there is bound to be diminished demand. Diminished demand is essentially when people do not have enough money at their disposal to spend. As such, their curtailed spending translates to demand being diminished further, thereby creating a cycle, which can be broken only by government intervention—which is by announcing support and relief measures such as loan waivers and subsidies amongst others.

Unfortunately, the BJP is not only clueless about how the agrarian sector can be helped, but it is also unwilling to accept reality and learn from the opposition. Understanding that a strong agrarian sector is cardinal for a strong economy, Jawaharlal Nehru had once stated “Most things, except agriculture can wait”. If only the BJP wasn’t so petrified of Nehru, it would learn a few lessons on humane administration.