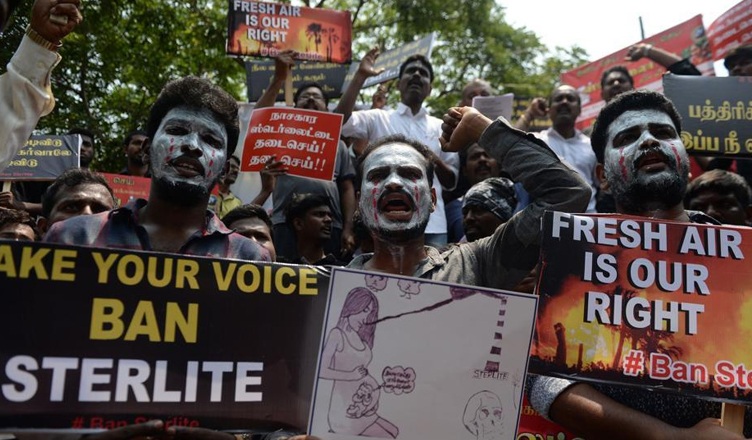 The question which arises is that why did the National Democratic Alliance (NDA) government give environmental clearance to Vedanta to expand its Sterlite Copper smelter plant to double the capacity without consulting people. All large scale industrial projects need to take mandatory environmental clearance from Union environment ministry and thereafter, they prepare a report which is presented to people who would be in the vicinity of the project for consultations. But in this case, the clearance was given without any public consultation.

However, thanks to our judicial system, the Madras High Court has stayed the expansion of Vedanta’s 1200 tonnes per day copper smelter in Thoothukudi, Tamil Nadu. This came following the death of 12 people protesting against the same were shot dead by state police. They were only asking for their right to breathe as the plant had lead to respiratory and breathing problems in people living in the vicinity of it. They were only demanding what was right. But, police went ahead and started firing at them, which led to death of 11 people.

In fact, in May 2014, the environment ministry under the then UPA government stressed upon the projects like Vedanta’s in Thoothukudi to go through public consultations. But, the NDA government, famous for favouring its capitalist friends, very conveniently ignored this major aspect and gave a nod to Vedanta to expand its plant.

In fact, the interpretation made by this government to green regulations in December 2014, allowed other plants as well to be built or expanded without public consultations. They did so in order to help its entrepreneur friends and in return, get hefty amounts of money from them.

Thanks to the people of the state whose protest finally brought this major issue to the attention of the judicial system, which then intervened and stayed the expansion of Vedanta’s plant.

One thought on “Why did NDA Govt. let Vedanta bypass norms?”