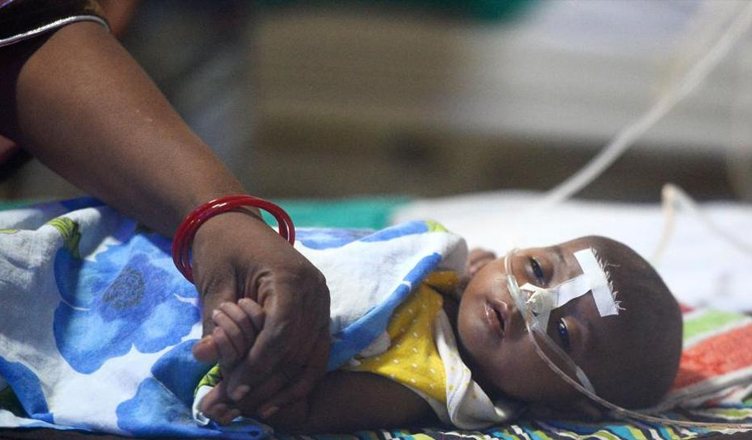 Looks like the BJP government in Jharkhand has not learnt anything from its past mistakes nor is it interested in improving the public health care. A total number of 185 children died in Jamshedpur’s Mahatma Gandhi Memorial Medical College as recorded on May 31 this year. Majority of them were infants. The month of April recorded as many as 47 children deaths.

MGM’s senior medical officer Dr. N.P. Chaudhury told BBC, “2,478 children were admitted in the hospital between January to May, out of which 185 died”.  He said that they are facing lack of resources but in spite of them they try to take care of every child who gets admitted. He further said that children sometimes die because they are brought to the hospital in a critical condition.

However, the families of the deceased children have rejected the claim made by Chaudhury and held doctors’ negligence responsible for their children’s deaths.  They alleged that the hospital doctors are not serious enough in treating children who are admitted.

Also read: Why are children dying in state-run hospitals in BJP-ruled states?

2017 was no different. 52 infants died at Jamshedpur’s MGM Medical College hospital in the August 2017. 660 children died in Ranchi’s Rajendra Institute of Medical Sciences in 2017. In Uttar Pradesh alone, more than 1000 children died between January and August 2017 due to lack of medicines and shortage in oxygen supply. Then, in Maharashtra, deaths of infant and children totalled 21,985 in the last two years – 17,944 infant deaths and 4,041 children.

What’s common among all these states? All are BJP-ruled. BJP has not only failed miserably in public health care, but in every core issue right from economy to jobs. It has failed the people, it has failed the nation.