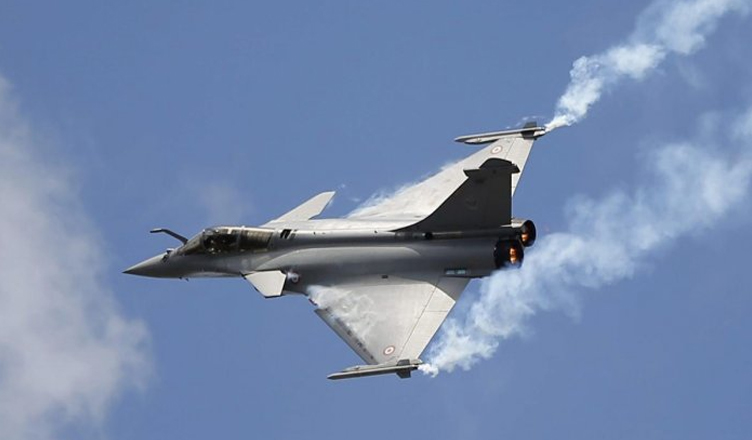 The Congress Party on Thursday reiterated its demand to constitute a Joint Parliamentary Committee (JPC) to investigate the corruption in Rafale deal while raising a few pertinent questions.

“The new revelations now expose the brazen corrupt practices in the Rafale scam and the entire spectrum of deception lies at the doorsteps of PM Shri Narendra Modi and I am placing before you and the country four important issues along with the necessary evidence,” said Congress spokesperson Randeep Singh Surjewala while addressing a press conference in New Delhi.

“The issue now is rather simple. PM Narendra Modi enhanced the benchmark price for Rafale aircrafts from €5.2billion(₹39,422 crore) to €8.2billion (₹62,166 crore). This is an enhancement  of €3billion,” he said.

Singh said that there there was serious dispute in the negotiations committee constituted for negotiating the Rafale aircraft price over the benchmark price. Three people gave recorded dissents and due to which the matter got referred to the Defence Minister.

The matter was taken to the Defence Acquisition Council headed by the then Defence Minister Manohar Parrikar and comprising of three service chiefs.

“For the first time in the history of India, the  Defence Acquisition Council did not come to a conclusion on the higher benchmark price at all and referred the matter upwards to the Prime Minister without opining,” he said.

“The matter then reaches PM Modi on August 24, 2016. PM Modi in CCS discards the opinion of law ministry given twice, of Air Acquisition Wing, of his own Defence Minister and proceeds to waive the conditionality of bank guarantee or sovereign guarantee in the Rafale contract from the French Government,” Surjewala said.

“If the agreement is between Indian & French Govt (“Govt to Govt”) as claimed by Modi govt, how can the arbitration be held between India & Dassault Aviation?” Congress asked.

The Congress then reiterated its demand to constitute a Joint Parliamentary Committee (JPC) to investigate the corruption in Rafale deal.