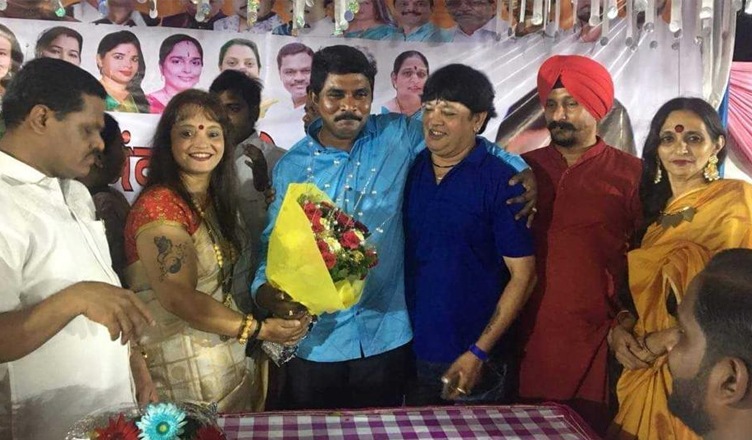 Even as news came about the martyrdom of Major Kaustubh Rane, who sacrificed his life while fighting infiltrators at Gurez sector in Kashmir, BJP MLA from Mumbai, Narendra Mehta was busy enjoying at the birthday party of BJP corporator from ward 17(A) Anand Manjrekar.

What is more unfortunate, the venue of Majrekar’s birthday party was only metres away from Rane’s residence in Sheetal Nagar.

While there was mourning going on in one corner, people were having fun at a birthday party in the other corner. Just so sad!

A video that surfaced on social media showed the grand preparations made for Manjrekar’s birthday celebrations. A stage was erected on which Majrekar cut his cake.

Not just this, the video also showed stream of BJP workers who attended the function and danced to the tunes of a DJ.

It was very easy for Manjrekar to say that he was unaware of Rane’s tragedy and only came to know about it after the event was over. Anybody can come up with such a statement to save himself from embarrassment and criticism,

While Mehta did tender an apology and said that the function should not have been organised, it cannot be denied that what they did was insensitive and disrespectful towards our soldiers.

There were also huge banners with Prime Minister Narendra Modi’s image on them put across the twin cities of Mira and Bhayander, which gives more the reason to the BJP to be embarrassed and sorry about it.

The BJP should tender an apology and should initiate strict action against the corporator, who displayed sheer ignorance and disrespect towards our soldiers and martyr Rane.

It has always been a tradition for the BJP to disrespect the Indian Army, either by delaying their OROP scheme or failing to give them their tributes to those who sacrificed their lives while serving the country.