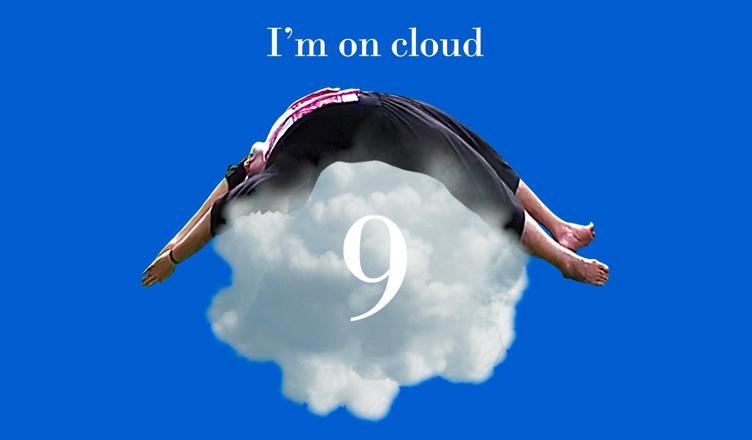 I always dreamt of becoming a writer in the film industry. Writing is cathartic—one can give voice to aspirations or vent frustrations. I believed that creative writing is not hindered by reality, but must always be rooted in reason.

And that’s where I made a mistake. I overlooked surrealism. I hadn’t opened my mind to the entire spectrum of storytelling, especially from the entire political science section.  Soon I discovered the master storyteller of all times, who goes under the pseudonym of Radar Rambo, after his fantastical, semi-autobiographical story titled Radar Rambo—IKEA.

The story goes that on a dark cloudy night, the citizens of Pulkistan wanted to avenge an attack by the forces of Park-Stone. Radar Rambo, brimming with jussa, somersaulted into the cockpit and decided to lead the attack himself. The forces had warned him that it is not advisable that one attempts to fly an aircraft without the elementary knowledge of physics, let alone knowledge of aviation.

“Nonsense! I know all about weed energy and dopeler effect” snapped Radar Rambo. After a brief pause he continued, “I will go so fast, like super computer does super computing, and this is my super commitment. I will be so fast that before the forces of Park-Stone analyze the dopeler radar, I will strike them and come back to celebrate in Pulkistan ”.

“Sir, that’s called the Doppler effect, not the dope that you get your weed energy from”.

Upon hearing this, Radar Rambo’s infamous red eyes could be noticed, so the officers mellowed down. They tried to persuade him by reminding him about his primary duties.

“Sir, if you go on such a risky flight…”

“Don’t worry” interrupted Radar Rambo, “I have fought crocodiles as a school boy. I will be fine; once I go up in the air I will use autopilot”.

“Aah! Don’t worry Mitron, the country has been on autopilot for the past 5 years. Now shoo, shoo! Lemme go up. Up, up and away… Durrrr … peep peep!”

Up in the sky—and he was pretty high—Radar Rambo squinted to see if he could see the strewn stones in Park-Stone.

“They’ve become a menace”, Radar Rambo thought to himself, “They’ve been throwing stones on us for many years. I’ve had enough of being stoned for years now! I gotta do something. I will do everything. Only I can do anything and everything.”

And because Radar Rambo works 18 hours a day, without a break, he began feeling bored. So he looked down into the snow peaked mountains to try and capture a picture with his digital camera that be purchased in 1988. As he thought about his camera, he remembered that he hadn’t sent an e-mail that was lying in his drafts since 1988. He sent it and continued meddling with his camera.

Unbeknown to Radar Rambo, the officers had put him on a drone and were controlling it from the ground. Some people had got wind of it and were questioning the powers that be. Unable to respond to the questions, they sought the help of the media. In came the usual suspects, Jumbalika Kumar, Rahul Senseshocker, Rubic Cube Leahcut, Rahul Cunningwala and the loudest of them all—Airhead Cowswami. Cowswami’s studio became an airhead and amidst the cacophony of the ‘debate’ he went on a rant against a woman who sought details of Radar Rambo’s drone ride. Shortly thereafter, Cowswami eulogized Radar Rambo and anointed him the ‘Drone Acharya’ of entire Indian political science.

On the cover of Time,
Should have been Tadipar,
My dear partner in crime,
And chief sidekick chowkidar,

In the queues of demonetization,
In the economy facing recession,
Lies my failure & naked frustration,
That pain is beyond ‘Transeseshon’

Just as he finished he heard some screaming. Even high up in the firmament, avoiding the radar and meandering through the clouds, he could hear Cowswami screaming in his studio. Cowswami was jubilantly screaming, “EKIA, EKIA! Our Drone Acharya has done it. Buddha smiled!”

This angered Radar Rambo and despite the could iridescence, his red eyes glowed like Cyclops. He wondered why Cowswami said ‘Buddha smiled’, when Radar Rambo is a youth icon.

“It took me a lot of conning to become an icon. Cowswami must be debating with the Khan Market gang”, he thought to himself.

He wanted to go back but didn’t know how. And suddenly he remembered how.

“Siri, go back to Pulkistan”.

Voila! In no time he was grounded. Radar Rambo headed straight for Cowswami and demanded to know what EKIA means.

“Enemy Killed In Action, sir” said Cowswami, in a mellow soft tone, as though he were speaking with his beloved.

“Oh! I thought it was something else”, said a relieved Radar Rambo.

And as he interacted with a Canadian actor in an apolitical interview, he bragged about how the whole world admired him and how they were all shouting IKEA, IKEA, IKEA…

Before the Canadian actor could cover up, by claiming Radar Rambo went shopping… Cowswami went on air shouting:

“Radar Rambo reveals details of the secret operation, which even the brave forces, were afraid to undertake. The true meaning of IKEA is—I Killed Enemy Alone! Of course, only he does things and he does them alone…!”

Some journalists asked for some of his secret tonic—the usual prostration to hide their frustration. Finally, the cryptic message of IKEA, which was in his e-mail drafts since 1988, reached his friend. And in response, Radar Rambo’s friend replied—Mogambo khush hua!