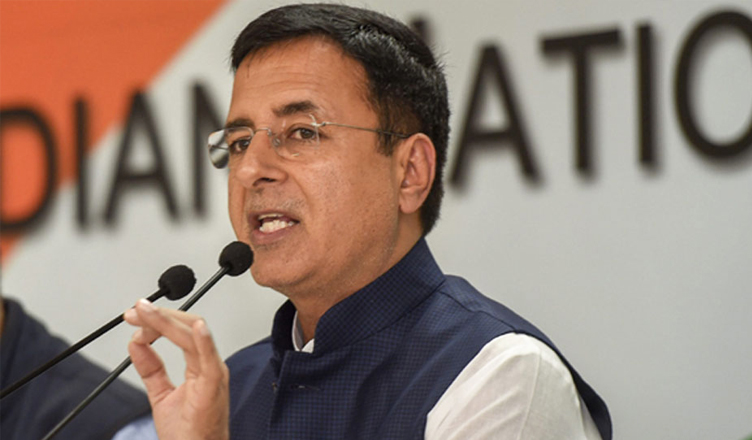 Congress spokesperson Randeep Surjewala said that even after the Pulwama terror attack had been reported and was all over news, PM Modi was still busy shooting for a film in Jim Corbett National Park.

“For 4 hours, PM Narendra Modi indulged himself in a film shoot, after a major terror attack. I have no words to express for this behaviour. There is no better example than this of Mr. Modi’s insult to our soldiers. At 3:10PM, when Pulwama attack occurred and was all over news, Mr. Modi was shooting for a film till 6:45PM in Corbett National Park,” Surjewala said while addressing a press conference in New Delhi.

He further said that on February 17th, when the mortal remains of the martyred soldiers returned to Delhi, PM Modi returned one hour late from Jhansi because he was busy in political campaigns.

“From 14th February, we mourned for our slain soldiers and stayed silent in honour of their sacrifice. Unfortunately, Mr. Modi’s thirst for power has today made him forget his humanity and play politics on our soldiers’ martyrdom,” Surjewala said.

Union Tourism Minister KJ Alphons was also criticised by the Congress spokesperson for taking selfie with the coffin of a slain CRPF soldier.

“Another shameful instance is when a BJP Minister takes a selfie with the coffin of a slain soldier,” Surjewala said.

Accusing Bharatiya Janata Party (BJP) chief Amit Shah of playing cheap politics on soldiers’ lives, Surjewala said that the BJP has forgotten about the wars which were fought under the leadership of former Prime Minister Indira Gandhi.

“On 17th February, BJP President Amit Shah played cheap politics on soldiers’ lives. In Assam, he said that soldiers’ sacrifice will not go in vain as Congress is not in Central government. Has he forgotten about the wars of 1947, 1965, 1971? Nation still remembers 1971 war under the leadership of PM Indira Gandhi, when not only Bangladesh was liberated but Pakistan’s Lt. General along with his 91,000 soldiers, had to accept defeat to India’s Eastern Army Commander in Dhaka,” he said.

Raising some pertinent questions regarding laxity from the government’s side, Surjewala said that PM Modi must give answers to all the questions.

“48 hours before the attack JeM released a video warning the attack. There was an intelligence report on the sanitization of IED on 8th February. Why were these warnings ignored? How did the terrorists acquire this huge amount of RDX and rocket launchers? How was the vehicle allowed to carry these explosives through the security? Mr. Modi must give us answers for all these questions,” Surjewala questioned.

One thought on “When Pulwama attack was reported, PM Modi was busy shooting film: Congress”