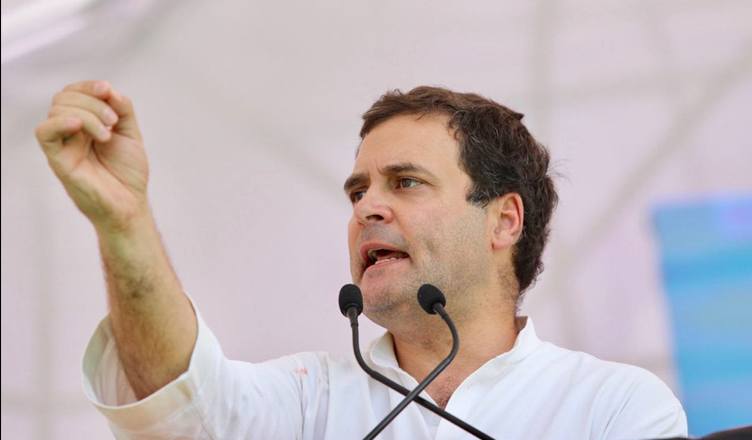 Hitting out at Prime Minister Narendra Modi’s tendency to remain silent on crucial issues, Congress president Rahul Gandhi today said that when he requested the former to waive off farmers’ loans, his answer was ‘silence’. “PM Modi waived off loan worth ₹1.5lakh crore of just 15 businessmen, but I requested him to waive off farm loans, his answer was SILENCE,” Gandhi said while addressing the Kisan Samriddhi Sankalp Rally in Mandsaur.

He continued saying that when he asked the same to Punjab Chief Minister Captain Amarinder Singh and Karnataka Chief Minister H.D. Kumaraswamy, they waived off farm loans in just 10 days.

On the first anniversary of Mandsaur shooting, the Gandhi scion visited he place and paid his tributes to the six farmers killed in police firing last year. He also met their families and listened to their sorrowful tales.

Gandhi further said that if Congress comes to power, every district would have a food processing unit and every farmer will be able to sell his products directly to factories. “We won’t make fake promises to you, whatever we say, we will do that and we will deliver each and every promise. For this you’ve to help us and we will waive off your loans”.

Accusing Modi of lying to the people of Madhya Pradesh, Gandhi said that the former also lied to the whole nation by making false promises of creating 2 crore jobs every year and rupees 15 lakhs in every account.

Gandhi made another attack against Modi and said that the BJP and Prime Minister’s only priority is to help their rich businessmen friends. “Narendra Modi calls Mehul Choksi, “Mehul Bhai”, these people were given 30 crore each by Narendra Modi. With that amount of money, the loans of the state farmers could be waived off twice,” he said.

Talking about the families of the six deceased farmers, the Gandhi scion said that they are still waiting for justice. “When family of farmers killed in police firing urge for farm distress from the Prime Minister, but he had said, ” we’ve given 1 crore  for the loss of family.”  Is this how you help farmers of the country?” asked Gandhi.

Gandhi asserted that Congress would take good care of Madhya Pradesh and would not treat them the way the BJP did. “Everyone is in unit, you are our soldiers and it is my responsibility to protect the people of nation. Whatever BJP/RSS has done to you in 15 years, we wouldn’t do it. Madhya Pradesh should know what the Shivraj Singh Chouhan has done to farmers?” he said.

Earlier, the Congress president took to Twitter along with a few photographs of him meeting the families of the deceased. His tweet also talked about the injustice being done with the innocent farmers and their families.

Gandhi, today, only voiced what the farmers across the state are feeling. It’s been one year and neither the state nor the central government has shown any seriousness towards that incident which led to the death of six farmers. Perhaps, there is no value of life for BJP and Modi.