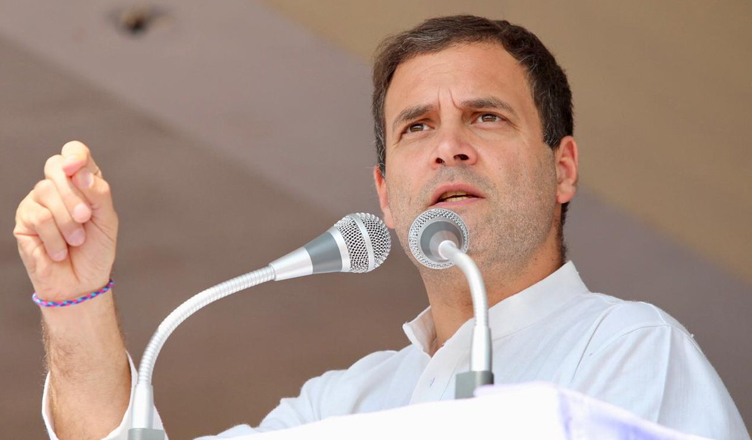 Congress president Rahul Gandhi on Wednesday assured the people of Chhattisgarh that if the Congress government comes to power in the state it will implement the Land Acquisition Act.

The Congress chief also promised that if the Congress government comes to power in the state, it will waive off farmers’ loans within 10 days of coming to power as well as give bonus to farmers.

Terming Demonetisation as the biggest scam in history, Gandhi said that its motive was not to fight against black money but to help a few people.

“The day people were made to stand in queues outside banks, that day Narendra Modi was not fighting against black money, but was helping out a few thieves of the country,” he said.

“What kind of a fight against black money Demonetisation was? Daily wage labourers, women had to stand in queues and deposit their hard earned money. Did you see any black money hoarder in queues?” he added.

Raul Gandhi will also hold public meetings in Bilaspur, Kabirdham and Durg today. Today is his second day of his two-day visit to Chhattisgarh.