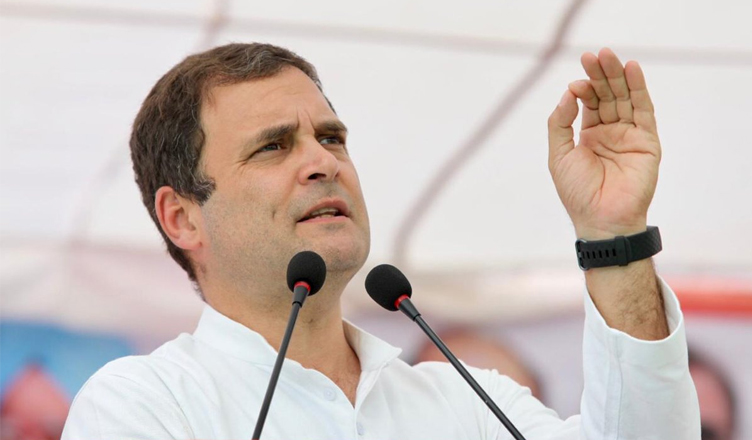 Congress president Rahul Gandhi on Friday said that his party wants to listen to the people of Madhya Pradesh and take the state on the path of progress.

While addressing a public gathering in Vidisha, Gandhi said, “Every day Mr. Modi wants you to listen to his ‘Mann ki Baat’. We do not want to do that. We want to listen to your voice and take Madhya Pradesh on the path of progress.”

The Congress chief said that before becoming the Prime Minister, Modi used to say in every speech that he will generate 2 crore jobs and get farmers a fair price for their produce.

“There are two issues in every state; the condition of unemployment and other farmers in the first youth; Modiji had said in every meeting before becoming the Prime Minister, would give 200 million jobs and get the farmers a fair price. However, he also promised Rs 15 lakh but that was a false promise,” Gandhi said.

“In his every campaign speech, Mr. Modi had promised 2 crore jobs. Four and a half years later, when Congress leaders raised this question in the Parliament, BJP government stated that only 450 jobs are created in a day,” he added.

Also read: CIC was not consulted on RTI Act amendments

Gandhi assured that the Congress government in Madhya Pradesh will prioritise in generating employment for youth.

Highlighting the number of scams taken place in the state, the Gandhi scion said that no one was held accountable in the Vyapam scam and E-Tendering scam.

“If youth of Madhya Pradesh want to pass examinations, then they have to pay bribes. Vyapam scam is the reality in the state, where 50 witnesses were killed and no one is held accountable. E-tendering scam was worth Rs. 3,000 crore. Contract was given to relatives of the Chief Minister. But nobody was held accountable,” he said.

Gandhi will address two more rallies in the state, in Bhojpur and Budhani.