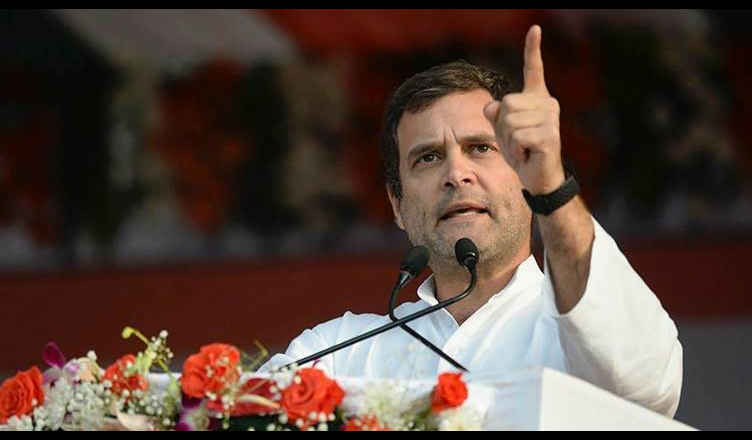 Condemning the Pulwama terror attack which took lives of as many as 40 Central Reserve Police Force (CRPF) personnel on Thursday, Congress president Rahul Gandhi on Friday said that the entire opposition stands together with the security forces and the government at this time of grief.

“This is a terrible tragedy. This type of violence done against our security forces is absolutely disgusting. The aim of terrorism is to divide this country and we are not going to be divided. Entire opposition is going to stand together with our jawans and our government,” Gandhi said while briefing the media in New Delhi.

The Congress chief asserted that no amount of force, hatred or fear can affect the amount of love that the country has.

Former Prime Minister Manmohan Singh was also present at the briefing and expressed his condolences to the families of the deceased jawans.

“Today is the day of mourning. Our country has lost close to 40 jawans of the armed forces. Our foremost duty is to convey to the families that we are with them. Congress stands in full support with our jawans and their families. Our sympathies are with their loved ones. We will keep this nation united,” Singh said.

Singh also said that in condemning this act of terrorism, they shall never compromise with terrorist forces.

“Whatever the country requires we will work together as one United nation to deal with this menace of terrorism,” he said.

The terror attack, which took place in South Kashmir’s Pulwama district, was carried out by Jaish-e-Mohammad.

Around 2,500 personnel were travelling in a convoy comprising 78 buses.

It is the deadliest attack on security forces in a decade.

3 thoughts on “We stand together with our jawans, government: Rahul Gandhi on Pulwama terror attack”