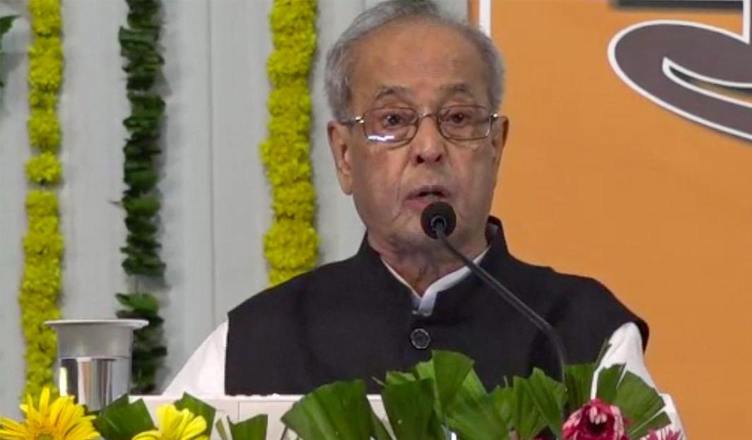 After several negotiations, former President Pranab Mukherjee spoke last at the RSS event. Usually, the Sarsanghchalak, Mohan Bhagwat, would have been the last to speak so he could provide a rebuttal if necessary to the speech by the guest. Growing curiosity and concern about the nature of Mr. Mukherjee’s speech were assuaged by the secular nature of his speech.

Pranab Mukherjee spoke about the emergence of Indian nationalism from universalism and the philosophies of Vasudhaiva Kutumbakam and Sarve Bhantu Sukhinah – a process of confluence, assimilation, and co-existence. He said, “The multiplicity in culture, faith and language is what makes India special. We derive our strength from tolerance. We accept and respect our pluralism. We celebrate our diversity….Any attempt at defining our nationhood in terms of dogmas and identities of religion, region, hatred and intolerance will only lead to dilution of our national identity.”

Addressing the RSS recruits the former President spoke about the Constitution is not merely a document but a Magna Carta of socio-economic transformation for the country. “It represents the hopes and aspirations of the billion plus Indians. From our constitution flows our nationalism. The construct of Indian nationalism is ‘Constitutional Patriotism’, which consists of an appreciation of our inherited and shared diversity; a readiness to enact one’s citizenship at different levels; the ability to self-correct and learn from others.”

“Manifestations of rage are tearing our social fabric. Every day, we see increased violence around us. At the heart of this violence is darkness, fear, and mistrust. We must free our public discourse from all forms of violence, physical as well as verbal. Only a non-violent society can ensure the participation of all sections of people in the democratic process, especially the marginalized and the dispossessed. We must move from anger, violence, and conflict to peace, harmony, and happiness,” he concluded.

Preaching secularism and tolerance to the organisation that believes in Hindutva and pseudo-nationalism is a great move, however, the right-wing has already begun circulating morphed images of the former President doing an RSS style salute. The Congress party issued a statement saying that dialogue was possible in a democracy if there is a willingness to change and asked whether the RSS was willing to listen to the advice of their guest.