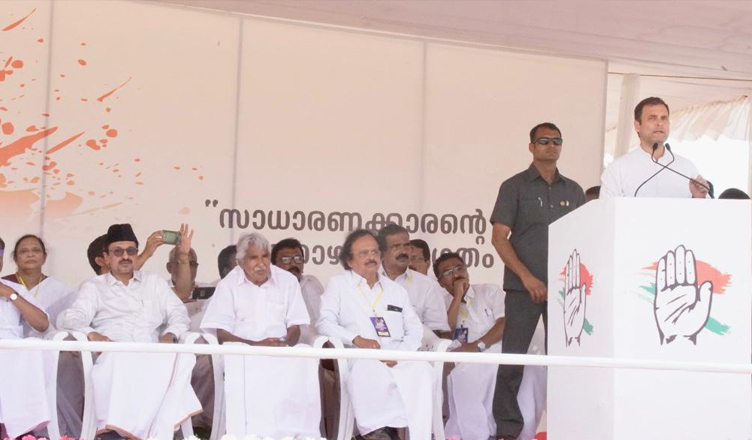 While addressing a public meeting in Wayanad, Kerala, Congress President Rahul Gandhi on Wednesday said that it is the best place to contest elections because it represents many different ideas and cultures.

“Wayanad is the best place to contest elections because it represents many different ideas and cultures. Kerala is an example of peaceful coexistence. I don’t say this lightly, there is a lot that the rest of the country can learn from Kerala. You respect the ideas of other people as much as you respect your own,” Gandhi said.

“I have come to understand what is in your heart. I want to send a message to the rest of the country that there is a place called Wayanad where people work together peacefully to solve their problems. This spirit of Kerala and Wayanad will show Mr. Narendra Modi what this country is about,” he said.

“I want to have a lifelong relationship with Wayanad. I want the sisters of Wayanad to say he is like my brother, mothers, and fathers to treat me like a son. That kind of relationship cannot be built on lies,” he added.