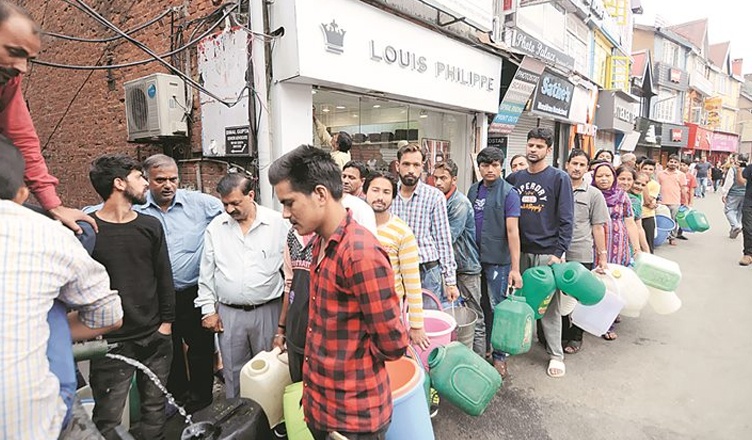 An acute water problem in Himachal Pradesh has left life at a stand-still for residents and tourists alike. The BJP government in the state has not included drinking water issues in their hundred days priority agenda and nothing much is being done to resolve the shortage.

State Congress Chief Sukhwinder Singh has given the Jai Ram government a five-day ultimatum to solve the water crisis. If the government fails the Congress party has planned protests throughout the state. Sukhwinder Singh has alleged that despite the High Court intervention of the common man is still deprived of water while only the elite receives a regular water supply. He asked, “When there is a same government at the Centre and the State and even the municipal corporation is also controlled by the BJP, why this problem is lingering on for so long.”

Congress leaders are not the only ones protesting the government’s failure of governance, BJP councillors also protested in their wards against the inefficiency of their own government. Several demanded the resignation of Mayor Kusum Sadret who went on a foreign tour while the state was facing such a severe water shortage.

Amit Kashyap, Shimla’s DM has accused the illegal water connection of senior BJP MLA of getting an illegal water connection and getting 24 hour water supply while the rest of the state struggles to find sufficient drinking water. AAP memers have staged a protest against the government blaming their faulty water distribution for causing the problem.

One thought on “Water crisis in HP, BJP councillors protest their own government’s inefficiency”