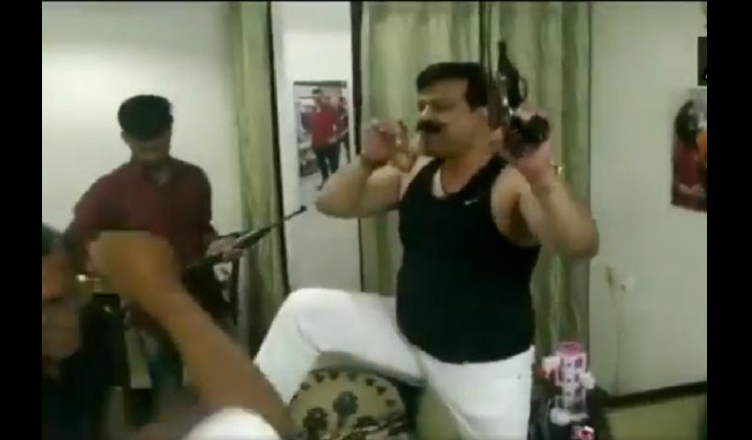 Looks like Uttarakhand Bharatiya Janata Party (BJP) MLA, Pranav Singh Champion, who was suspended from the party on the grounds of indiscipline and misbehaviour, has learned nothing from his suspension.

A video has gone viral, in which Pranav Singh Champion can be seen brandishing guns while dancing to the tunes of a popular Bollywood song and taking sips of alcohol from a glass.

Pranav Singh can be seen dancing with guns in both the hands. He is also seen using foul language.

If reports are to be believed, Pranav Singh Champion was back home after a leg surgery and his supporters had gathered at his residence to celebrate the same.

Police has said that they will look into the matter and also verify if the weapons are licensed or not, news agency ANI reported.

BJP MLA Pranav Champion who was recently suspended from the party for threatening a journalist, seen in a viral video brandishing guns. Police says, "will look into the matter and also verify if the weapons are licensed or not." (Note: Abusive language) pic.twitter.com/AbsApoYR2g

One thought on “Watch: With alcohol glass in one hand & gun in another, Uttarakhand BJP MLA dances to Bollywood songs”