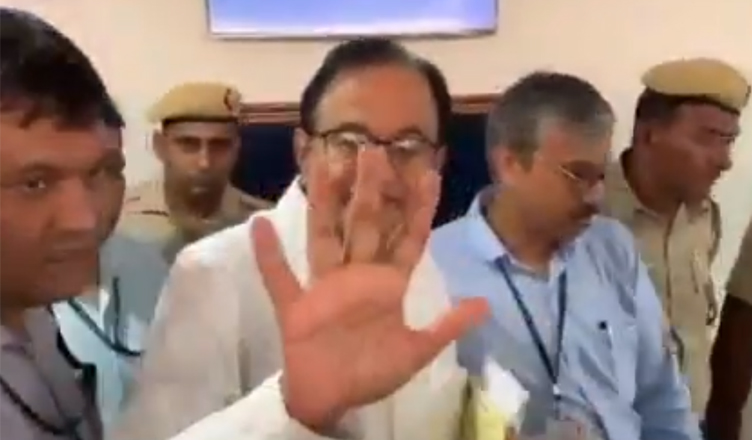 Former Finance Minister P. Chidambaram, who is in CBI custody since August 21, mocked the Narendra Modi government over the crashing Indian economy while responding to a reporter’s question.

Chidambaram was being led out of a Supreme Court hearing when a reporter asked him, “Sir, you want to say anything? You have been in custody for 15 days,” to which the former Finance Minister replied, “5 per cent.”

He also held up his hand to show the number. His reply was a comment on the economy slowdown.

In the April-June quarter, the economic growth plunged to a seven-year low to five per cent from eight per cent a year ago.

Also read: Here’s what you need to know about economy then and economy now

The Congress was quick to grab the opportunity and posted the video of the same along with the caption, A quick reminder by @PChidambaram_IN on why he’s feared by the BJP govt. #ModiMadeEconomicCrisis.”

A quick reminder by @PChidambaram_IN on why he's feared by the BJP govt. #ModiMadeEconomicCrisis pic.twitter.com/9XOdVf6saT

Chidambaram is being investigated by the CBI in the INX media case. He will be in CBI custody till Thursday. Thereafter, the court will decide on whether to extend his custody or release him.

2 thoughts on “WATCH: On being asked if he wants to say anything, P Chidambaram, in CBI custody, mocks government by saying 5%”