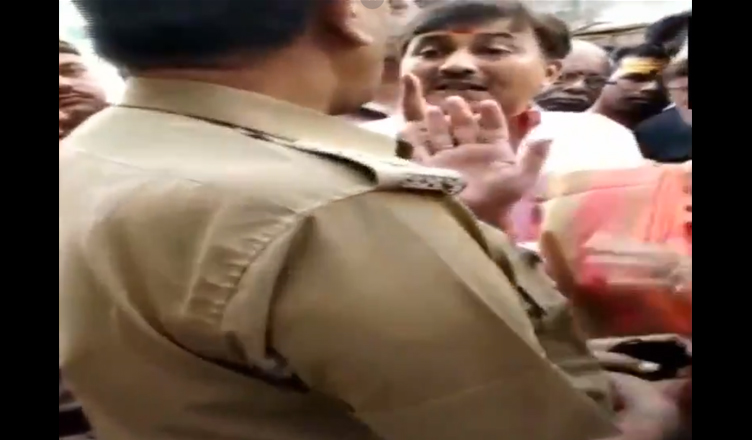 In the video, released by news agency ANI on Monday, Awasthi can be heard saying, “will see you tomorrow, you are on my hit list.”

#WATCH BJP leader Suresh Awasthi threatens Circle Officer in Kanpur after an argument over a polling agent, says 'I will see you tomorrow, you are on my hit list'. Mayor Pramila Pandey was also present. A case has been registered against Awasthi pic.twitter.com/3wE5uawQ33

In response to his threat, the circle officers tells him to do whatever he wants.

Also read: Has MCC been replaced by Modi Code of Conduct: Congress on EC not taking action against Modi, Shah for poll code violation

Later, the police registered a case against Awasthi.

The average polling percentage on these 13 seats was reported to be 57.8 per cent.

The results of the general elections will be announced on May 23.