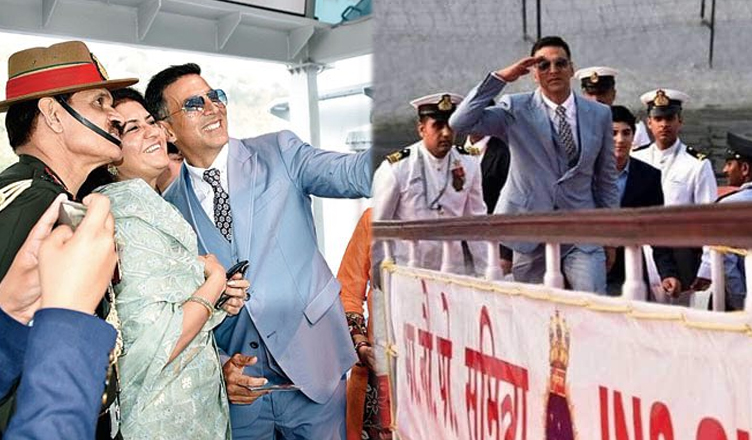 When Prime Minister Narendra Modi recently claimed that former Prime Minister Rajiv Gandhi used INS Viraat as his “personal taxi” and compromised the national security by taking his Italian in-laws onboard the Navy warship, little did he realise that when you point a finger, there are three fingers pointing back at you.

His claim was rejected by many, including retired Navy personnel. Vice Admiral Vinod Pasricha (Retd) has himself refuted the same, terming it as wrong and being blown out of the proportion.

“It’s totally wrong. It’s totally wrong. They did come onboard and they did stay onboard. They’d come on an official visit. There were no visitors. All that has been said is totally incorrect. This is something which is always done and I think they are making too much of it,” Pasricha said while speaking to Times Now.

The claim was also dismissed by Wajahat Habibullah, who was the then Administrator of Lakshwadeep and had hosted Rajiv Gandhi.

“More importantly, none of Rajiv’s friends went on the INS Viraat. As the administrator, I was simply informed about it being in the waters of Lakshadweep. It was there in the waters. Doesn’t the security of all the ministers concern the nation?” he said.

Now, let’s get back to the topic which our headline focuses on.

Didn’t PM Modi compromise the security of the country when he was onboard INS Sumitra with Canadian passport holder Akshay Kumar on February 06, 2016?

Canadian citizen Akshay Kumar, along with his wife Twinkle Khanna and his 13-year-old son Aarav was onboard INS Sumitra along with PM Modi, attending the International Fleet Review (IFR) at Visakhapatnam — India’s largest military exercise in 15 years.

However, his citizenship came into limelight after his recent  “completely non-political” interview with PM Modi.

Reacting over the same, the actor recently took to Twitter and issued a statement on how he has never hidden the fact that he has Canadian citizenship.

Indian civilians and even foreigners are allowed to sail on naval ships, provided the permission comes from the “highest authority”, The Telegraph quoted two defence ministry officials as saying.

Since the then President Pranab Mukherjee and PM Modi both, the highest authorities of the country, were onboard, it can be assumed that security clearance was given to Akshay and his family.

While it’s easy to point finger at others, it gets troublesome when the same finger gets back to haunt you.

PM Modi’s claim was false, and that has been proven, but we would like PM  Modi to answer the question which our headline poses.