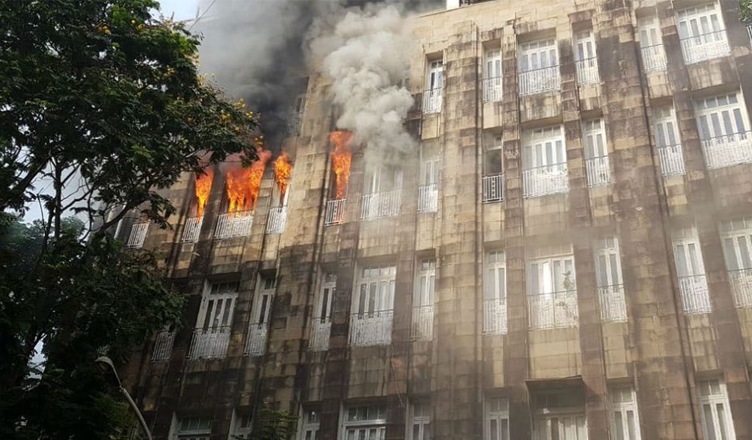 The fire that broke out at Scindia House, Ballard Estate yesterday was a major one, but thanks to our fire department, that doused it in limited time and so, no casualty was reported. But the question which arises was how the fire broke and if it was planned.

This raises suspicion over the fire breaking out at such a crucial place. Anyway, the government has not done anything substantive in the Nirav Modi case, and a few photos of him which surfaced on social media showing Prime Minister Narendra Modi and Nirav Modi sharing a frame at Davos show the soft corner our Prime Minister has for capitalists and entrepreneurs. No doubt, people like Vijay Mallya, Nirav Modi, Mehul Choksi etc have been able to fled the country easily without any serious attempt of bringing them back till date.

The reason behind the fire should be thoroughly investigated, so that the authenticity of the accident is maintained.

2 thoughts on “Was Scindia House fire accidental or planned?”