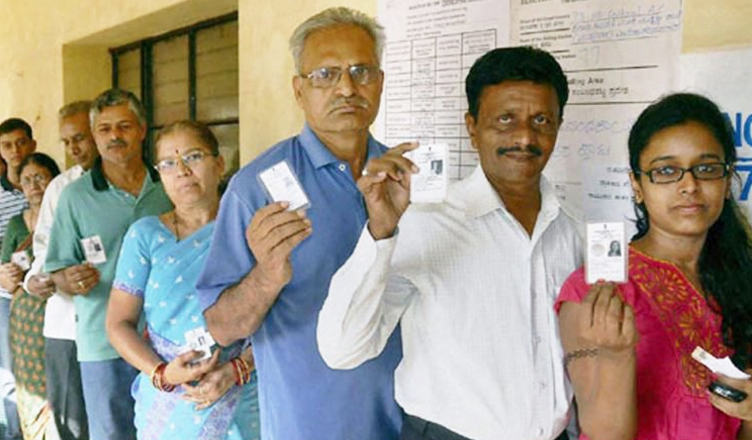 According to a survey conducted by Association for Democratic Reforms (ADR), a non-government organisation, voters are disappointed with the Modi government’s performance, especially on issues such as employment, healthcare and drinking water.

The survey, which covered over 2.7 lakh voters in 534 Lok Sabha constituencies, shows that the NDA government fared poorly in these three sectors.

Voters rated the government’s performance as 2.15 for employment, 2.35 for better healthcare and 2.52 per cent for drinking water, on a scale of 1 to 5, the average being 3.

“The government needs to prioritise and invest more particularly in these sectors. On better employment opportunities, which is the top-most voters’ priority, the performance of the government has been rated as one of the worst (2.15 on a scale of 5),” the report read.

“The significance of Better Hospitals/Primary Healthcare Centres as voter’s second highest priority has increased from 25% in 2017 to 35% in 2018. At the same time, the performance of the government on this issue declined from 3.36 to 2.35,” the survey further noted.

The next set of major problems for voters was corrupt officials, terrorism and crime, with over 60 per cent of them saying they are a ‘very big problem.’ 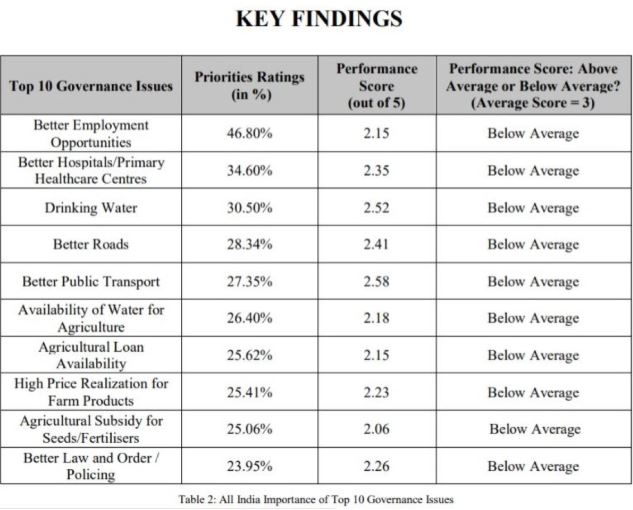 Of the 31 priorities listed by the voters, the government’s performance was not rated as average or ‘above average’ in even one.

“Surprisingly, despite the scarcity of land in urban areas, encroachment of land, lakes etc. was not a priority for urban voters as it was ranked lowest at 1.26%, followed by Terrorism (4.10%), and a strong Defence/Military (5.18%),” the report read.

“All point to the fact that voters’ priorities have remained unaddressed by the governments in power. A look at the key findings of All India Survey 2018 highlights the fact that the voters’ expectations have clearly not been met,” it added.

This is the third in a series of surveys by ADR, which was conducted between October and December 2018.

The first in the series of these surveys was conducted before the 2014 elections, the second in 2017-17 and third as mentioned above.