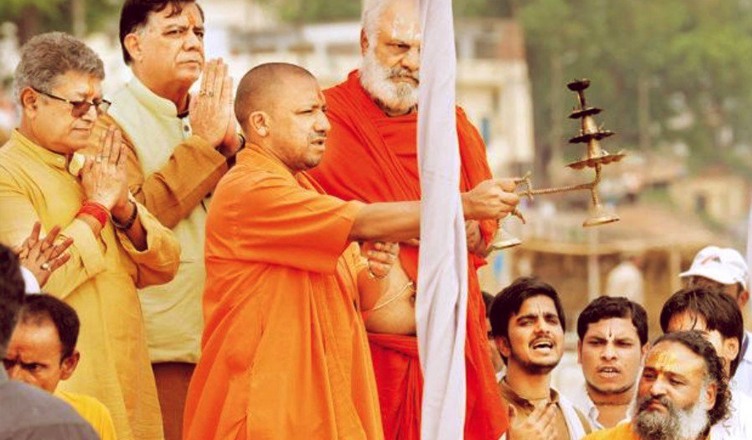 Nirmohi Akhara has accused the Vishva Hindu Parishad (VHP) of embezzling Rs. 1,400 crore in the name of the Ayodhya temple.

Nirmohi Akhara is one of the parties in the Ram Mandir Dispute.

The party has alleged that the money was collected by the VHP in the name of donation.

“Nirmohi Akhara has never sought any kind of money from anyone. The VHP, on the other hand, took money as donations from people for the construction of the temple. They instead used this money to construct their own buildings,” News 18 reported Nirmohi Akhara member Sitaram as saying.

Sitaram also claimed that Nirmohi Akhara is the main party in the issue and that the politicians have been raising the issue for their vested interests. His statement comes as an indirect attack on the current BJP government, which has been using the Ram Mandir issue since the run-up to the 2014 Lok Sabha elections.

“We are the main party in the issue and these politicians just want to hijack the entire issue for vested interests. They have even formed a government using that money. Not a single penny was used for the Ram Mandir cause. It looks like politicians have collected notes and votes in the name of Ram Mandir, but don’t want to do anything about it,” News 18 quoted him.

Religious and a place of worship have been used by this government for its political gains. It would have been better had it not raised the issue at all, and if they did, they should have ensured that they fulfil their promise.