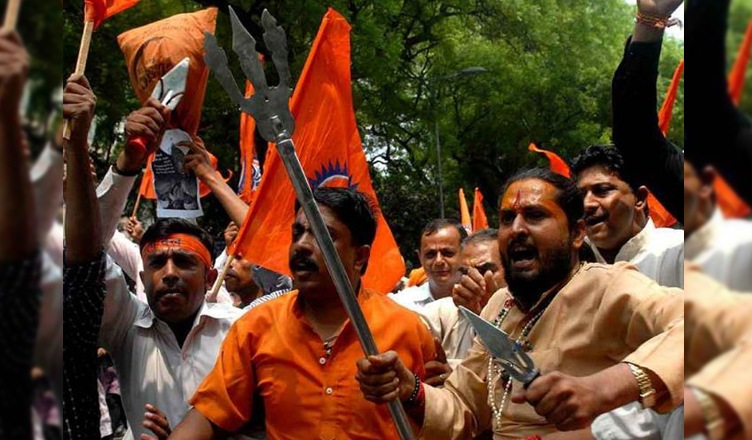 Right-wing Hindu nationalist organisations Vishva Hindu Parishad (VHP) and Bajrang Dal have been classified as militant religious outfits in a document published by the US’ Central Investigative Agency (CIA). The outfits have been tagged so in the recently updated World Factbook, published by CIA.

Obviously, the move has not gone down well within the saffron outfits, who are now exploring legal options to get the tag removed. The outfits have been named as militant religious outfits under the tag ‘Political pressure groups and leaders’. The Rashtriya Swayamsevak Sangh (RSS) has been classified as a nationalist organisation under the same category.

All Parties Hurriyat Conference and Jamiat Ulema-e Hind (Mahmood Madani) have been labelled as a separatist group and a religious organisation respectively on the same list.

The World Factbook is an annual publication of the CIA which provides information on the history, people, government, economy, energy, geography, communications, transportation, military, and transnational issues for 267 world entities.

Information in The Factbook is collected from – and coordinated with – a wide variety of US Government agencies, as well as from hundreds of published sources.