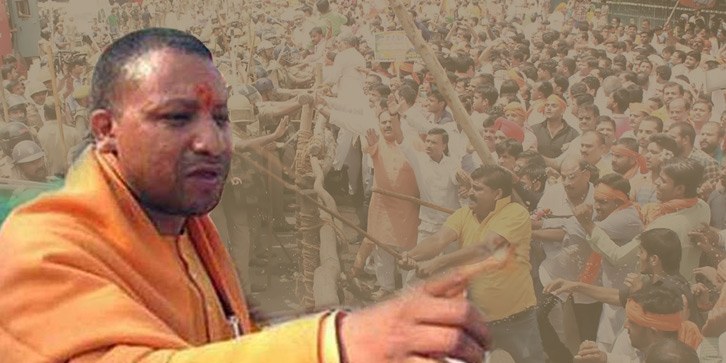 The most populous state and politically significant Uttar Pradesh is becoming a hub of all crimes and is becoming the harbinger of total suppression of human rights.

The Yogi Government has been vocal and violent since the beginning. Anything that stands against the agenda of the government is dealt with fiercely. The state machinery has completely failed in maintaining law and order and protecting innocent lives. Law enforcement agencies, primarily the state police, and moral policing in the name of voluntary force, are given a free hand in UP.

Data illustrates the BJP government’s apathy and failure to check crime rates in the state ever since coming to power.

Adding to all the agony, is the death of more than 1500 children in the state in the last six months due to lack of oxygen in various hospitals.

In the midst of alarming crime rates, farm distress and poorly performing social development indicators, it is unfortunate to see Yogi Adityanath busy preparing for seasonal festivals and blowing bugles for Mr. Modi.