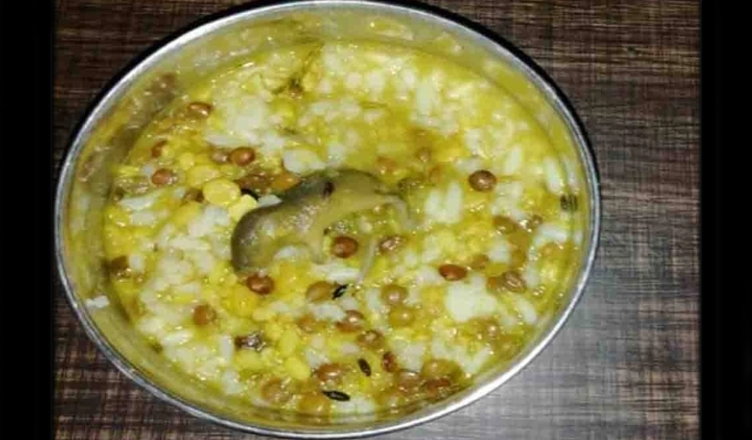 The number of incidents relating to the mid-day meal programme that have taken place in Uttar Pradesh have proven that the Yogi Adityanath-led government in the state is least concerned when it comes to the innocent children of the state.

A dead rat was found in the mid-day meal that was served to students of a government inter-college in western Uttar Pradesh’s Muzaffarnagar district.

The meal, which was prepared by a NGO, Jan Kalyan Sanstha Committee that is based in Hapur, a town about 90 kilometres away from Muzaffarnagar, had been served to 15 students before the dead mouse was seen by one of the students.

“Yes sir (on being asked by reporters if a mouse had been found in the food)… as we took the dal with a spoon we saw a mouse… it was in the bottom of a container of urad dal,” NDTV quoted Shivang, a Class 6 student, as saying.

As many as 9 children and a teacher fell ill after consuming the food.

“The Jan Kalyan Sanstha Vikas Committee prepares the food for the mid-day meal scheme. Today… in the dal, there was a mouse. We stopped serving after that. Nine children fell ill and were taken to hospital, but everybody else is fine. There was no problem… it was just carelessness,” NDTV quoted Ram Sagar Tripathi, a local education official, as saying.

Just last week, a video from Uttar Pradesh’s Sonbhadra had gone viral on the internet in which a cook of the government’s flagship nutrient programme could be seen diluting a packing of one-litre milk with a bucket of water to serve some 81 students at a government primary school there.

The incident comes to light 10 days after Human Resource Development Minister Ramesh Pokhriyal Nishank told the Lok Sabha that the highest number of complaints over mid-day meal came from Uttar Pradesh. of 52 cases reported across the country, 14 were from Uttar Pradesh.

In August, two similar incidents were reported from the state.

Students at a government school in Mirzapur district were served chapatis along with salt and no vegetable or dal.

In another incident, as many as 26 students of a government primary school in Bahlolpur area of Shahjahanpur district fell ill after consuming mid-day meal served at the school on August 28.

One thought on “Uttar Pradesh: Rat found in mid-day meal served to students in Muzaffarnagar school”