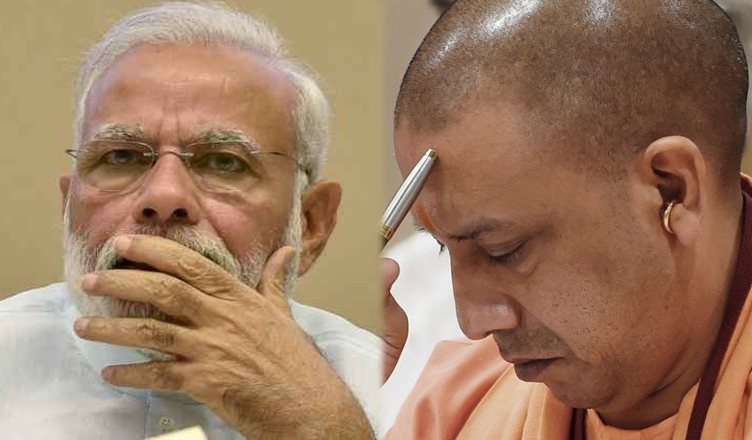 The defeat will be a huge embarrassment for the saffron party as Yogi Adityanath has been a five-time lawmaker from Gorakhpur. He held the Gorakhpur Lok Sabha seat for five terms and vacated it following his election to the state legislative council.

The BJP has already predicted its fate and therefore, a top official barred the media from entering the counting centre in Gorakhpur. Samajwadi Party leader Naresh Uttam Patel wrote to State Chief Election Officer stating people and media were removed from the counting centre in Gorakhpur. He also alleged that the district administration was working towards making the BJP candidate win.

Talking about Phulphur, SP candidate Nagendra Pratap Singh Patel is leading by 15,713 votes over BJP’s Kaushlendra Singh Patel. Nagendra has managed to secure 1,67,008 votes, whereas Kaushlendra is trailing with 1,44,166 votes. What is noteworthy again is that Puhlphur was also a BJP seat. He also vacated the seat after being elected to the state legislative council.

The defeat of BJP in these by-polls narrates a larger story and enables us to predict the results in the 2019 Lok Sabha elections.