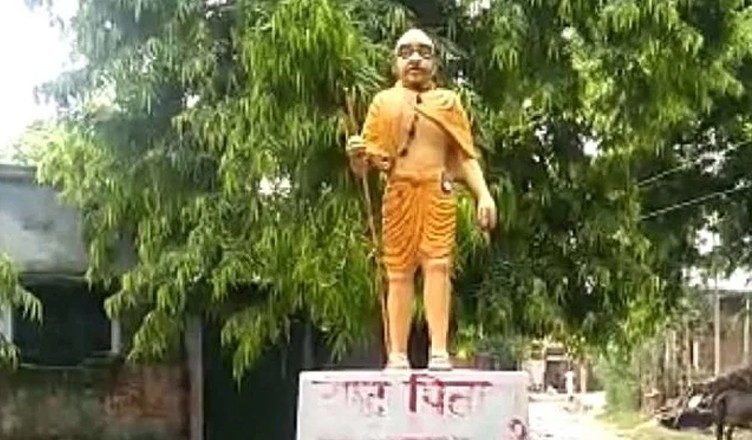 A statue of Father of the Nation, Mahatma Gandhi, installed in a primary school compound in Uttar Pradesh’s Shahjahanpur was painted in saffron colour recently.

When the people of Dhaka Ghanshyampur village in Banda tehsil of Shahjahanpur woke up on August 3, they found that the Mahatma Gandhi’s statue, which was installed there 20 years ago, had been painted in saffron colour.

Villagers have claimed that till this week itself, the statue was white in colour. Former pradhan of the village, Manish Gupta, said, “There were talks about giving a fresh coat but no one had thought that it would be painted in saffron colour.”

Gupta also hinted towards some conspiracy and the intention with which the statue was painted since it was only the statue was given a new colour whereas the pedestal was left as is.

“This clearly shows the intention of the people who did it. This was done with a design to create disharmony in the society. They gave a new coat of colour to the statue but the pedestal is still in off-white colour,” Gupta said.

What is unfortunate is that the supporters of the BJP have not even spared the Father of the Nation.

“Have you ever seen Mahatma’s statue in saffron colour?” Mishra said.

The grand old party has also lodged a complaint with the administration and District Magistrate Amrit Tripathi has already ordered a probe into the matter.

This is not the first time that such an incident has come to light.