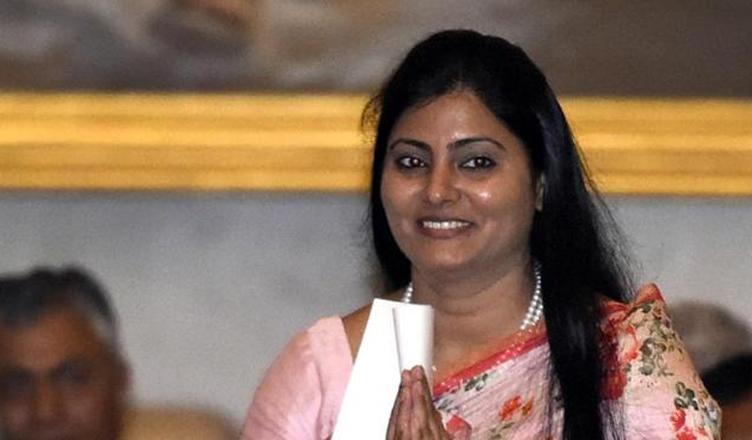 Anupriya Patel, the Minister of State for Health and Family Welfare from Uttar Pradesh and a member of the Apna Dal party was harassed by three inebriated youth in Mirzapur district. On her way back to Varanasi the three youths began chasing the minister’s vehicle in a car without a number plate and shouting “dirty comments”. The minister initially ignored them but they did not relent. When Patel’s security personnel tried to chase them the youths disappeared but returned later and continued making indecent comments.

Patel, on realising that the situation was out of control, informed the Varanasi police and other senior officials. The three men were caught after the police set up roadblocks along their route. The three men have been identified as Ashutosh Maurya, Basudev Mishra, and Dr. Vipin Singh, all three from Bhadohi district and have been charged for rash driving, intentional insult with intent to provoke breach of peace and criminal intimidation. Their car, a Ford Endeavour, has also been seized.

This has added to the growing rift between the Apna Dal and the BJP in UP. Ashish Patel, the Apna Dal president and husband of Anupriya Patel said, “This is an unfortunate incident. We can’t tolerate such incidents. I will share the details of this incident with UP chief minister and BJP president Amit Shah ji soon.”

While the growing lawlessness and increasing incidents of violence against women are prevalent in Uttar Pradesh and the country as a whole, it is shocking that such an incident would take place in spite of the security detail. It goes to show the attitude of men towards women is changing as the country’s ministers are known for their sexist statements about women.