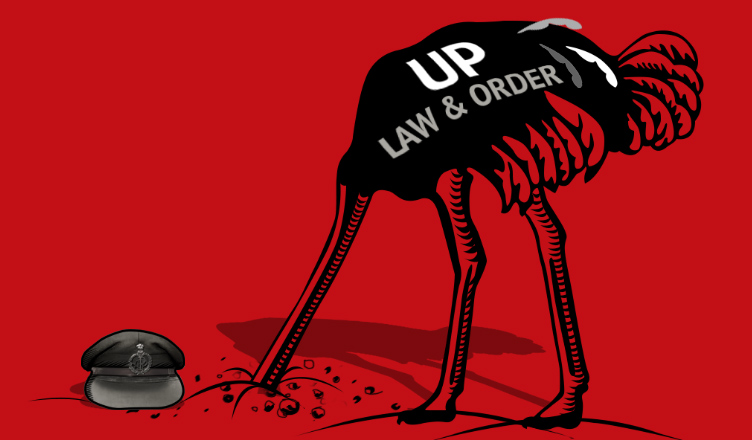 Uttar Pradesh is witnessing a spate of mob attacks, with the state government sitting on its hands. First, it was cow slaughter, and now, the attacks and lynchings are taking place in the name of child lifting.

In the last six days, a number of incidents of mob attacks have come to light and God knows how many must have gone unreported. Rumour of child lifting was the reason behind majority of the attacks.

Have a look at these incidents in which a number of men and women were thrashed by mob:

An elderly woman was walking with her one-year-old grandson in Ghaziabad’s Johripur area when some people started shouting that she was kidnapping the child. As a result, she was beaten up by a group of people.

A mob attacked a group of five women after the mob believed that they belonged to a child lifter’s gang. However, they told the police that they had come to Kairana from Gujarat’s Surat for selling rope for cots, which is their source of livelihood.

The attack took place in Kairana’s Afganan Ghosa locality when the women were walking, with one carrying her baby.

A mob was incited to beat up a 40-year-old beggar, again on suspicion of child lifting. The incident took place in Meerut’s Lisadi Gate area.

Two men were attacked by a mob after mistaking them for a child lifter. Ghaziabad’s Akash Nagar was the place of the incident.

A mentally-challenged woman in Bhainsee village of Khatauli town was cornered by a mob and roughed up over suspicion of she being a child lifter.

A crowd badly beat up a 25-year-old man after suspecting him of being a member of a child lifter’s gang. The man

After locals thought two youths to be child lifters, they attacked them and were only rescued after the police arrived.

A mob caught a youth and tied him to a pole. The group thrashed him on suspicion of being a child lifter.

A group of people thrashed a 47-year-old sugar mill worker.

A mentally challenged man was brutally thrashed by a group of people at Dasna railway station after it mistook him for being a child lifter.

Well, this covers just one state, that too also not in its entirety. Have a look at this Hate Crime Map which shows how the number of the same has exponentially risen since the Modi government came to power in 2014: