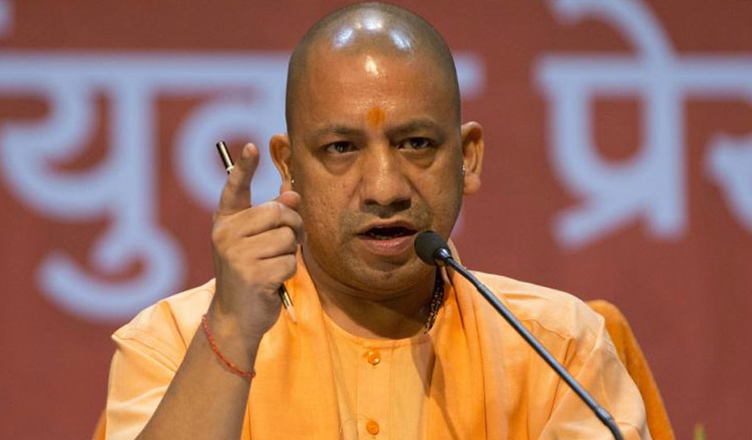 Uttar Pradesh Chief Minister Yogi Adityanath on Friday said the murder of police officer Subodh Kumar Singh, who was killed by a  violent mob protesting over the alleged slaughter of 25 cows in Bulandshahr, was an “accident” and not a case of “mob lynching.”

Earlier, the wife of killed police officer met CM Adityanath on Thursday and told him that her husband used to get threats from over the phone as he was handling complaints against cow slaughter.

In a video circulated to the media after the meeting, Singh’s wife can be heard saying, “There is one more thing, Sir. My husband used to call me to the police station (Syana). He used to say that he misses us so we used to go there. I remember that the last time I was there, three people had been arrested for cow slaughter.”

“I have informed the chief minister about all this and he has assured us of a fair inquiry. My husband was a straightforward man and never used to succumb to pressures. He used to receive threats. He used to record the calls. This record has all gone with the mobile missing after his killing,” Rajni said while speaking to the Hindustan Times over the phone after the meeting.

A day after ADG (Intelligence) S B Shiradkar submitted his report on Bualdnshahr violence to Chief Minister Adityanath, two Uttar Pradesh police officials, including a DSP (Deputy Superintendent of Police) officer on Saturday.

So far, nine persons have been arrested in connection with the death of the police office and another local resident Sumit, who also lost life at the hands of the mob.

In the case of cow slaughter, four people have been under sections of the UP Prevention of Cow Slaughter Act 1955.

Singh was killed by a mob when the former went to control the violence caused over the slaughter of 25 cows in Uttar Pradesh’s Bulandshahr.