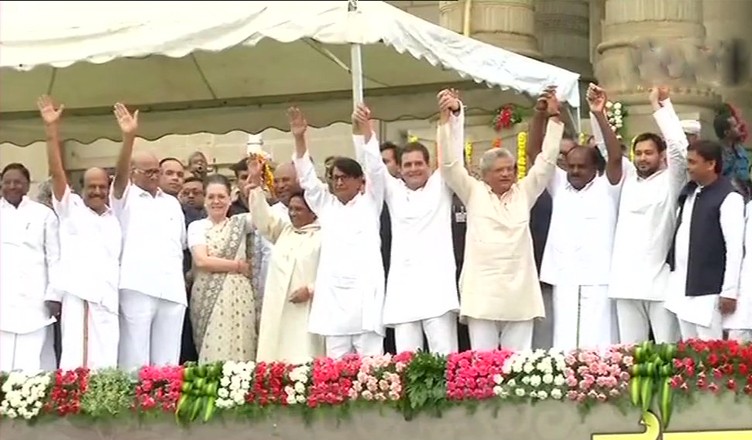 The Congress-JDS were quick to stitch an alliance after the state election threw up a hung assembly. Together, they have 117 members, which crosses the magic number 112 needed to be in the majority in order to stake claim to form the government in the state. They are to face the floor test on Friday, after which 22 ministers of Congress and 12 of JDS will be sworn-in.

Even after post-poll alliance between the Congress and JS(S) leading to a total of 114 seats in their basket and crossing the halfway mark of 112, the BJP wrongfully claimed stake to form the government in Karnataka. Even the Governor invited the BJP to form the government despite them being 8 seats short of the required number.

However, when the Supreme Court preponed the floor test from 14 to 2 days, it was obvious for the BJP to lose. It was too less a time to resort to dirty tactics and indulge in horse-trading. In fact, they did try to buy Congress and JDS(S) MLAs but the legislators remained loyal to their parties and did not fall in the BJP’s trap.

As a result, BJP’s BS Yeddyurappa had to resign from the post of Chief Minister. He resigned without facing a floor test as he and the BJP both were sure of their incapability to prove majority on the floor of the House and thus to save themselves from embarrassment, they decided to let Yeddyurappa step down.

At last, good triumphed over evil and the victory came in right hands. Also, the presence of prominent opposition leaders hints towards a larger perspective and goal aimed at the 2019 Lok Sabha elections.

One thought on “United in Victory: Kumaraswamy takes oath as Karnataka CM amid Opposition show of unity”