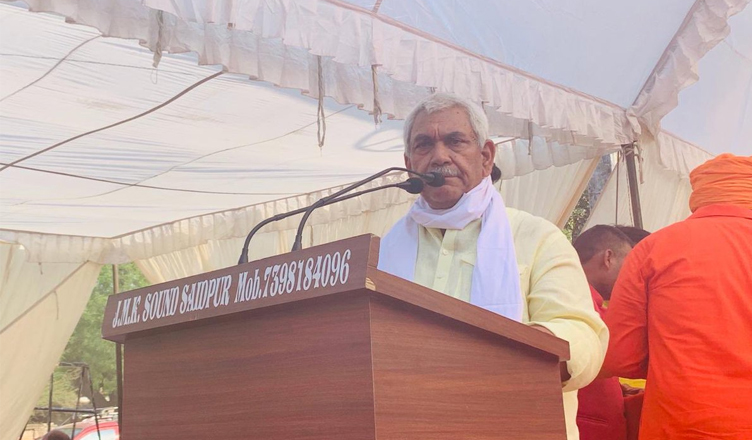 In what can be termed as an open threat, Union Minister Manoj Sinha on Thursday said that anyone who points a finger at Bharatiya Janata Party (BJP) workers will pay for it in just “four hours.”

The remark was made by Sinha while addressing ‘Kisan Panchayat Sammelan’ in Saidpur area in Ghazipur, Uttar Pradesh.

“The BJP workers are all ready to crush corruption and the money earned through criminal activities. I can assure you that if any finger is pointed at a BJP worker, in four hours that finger will not be salamat (safe),” News Central 24×7 quoted the 59-year-old sitting MP as saying.

“No criminal of Purvanchal is in a position to enter the boundary of Ghazipur and glower at BJP workers… If he dares to do it, his eyes will not remain safe,” he added.

This comes days after Union Minister for women and child development Maneka Gandhi issued a threat to Muslims about not getting jobs if they don’t vote for her.

While addressing a rally in Muslim-dominated Turab Khani village in Uttar Pradesh’s Sultanpur, she said that she is winning the elections but she would be upset if Muslim don’t support her.

“I am winning the elections because of your love, but I will be upset if Muslim don’t support me. My feelings get hurt. If Muslims then come to me asking for work, then I will think let it be, how does it matter? After all, a job is a deal,” she said.