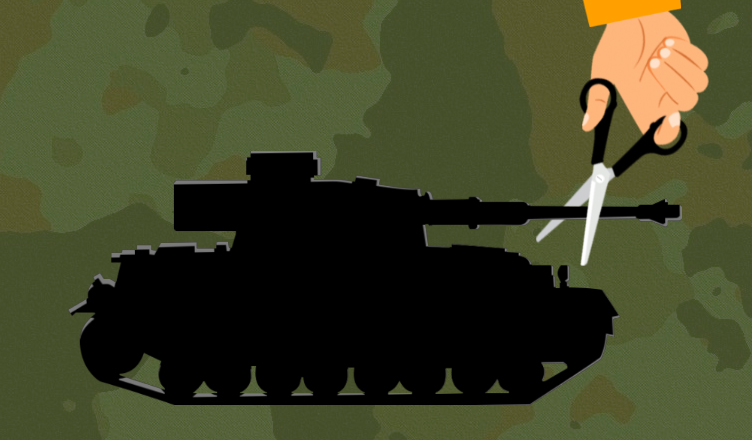 The Defence budget, which was pegged at Rs. 3.18 lakh crore in the interim budget in February, has remained unchanged. No changes were made to it in the Union Budget presented by Union Finance Minister Nirmala Sitharaman on Friday.

However, the military is disappointed by the amount allocated to the defence sector. What makes matters worse is the lack of resources for procuring new equipments.

“The capital expenditure allocated for the Navy and the Indian Air Force (IAF) does not meet their committed liabilities this year. Services had taken up the matter with the Defence Ministry after the interim Budget,” The Hindu quoted   a defence source as saying.

Economic Times reported on Sunday that the amount of Rs. 3.18 lakh crore allocated is around 1.6 per cent of the GDP (gross domestic product), which is lowest since 1962.

Nirmala Sitharaman, who was the Defence Minister when the interim budget was presented, had promised to take up the issue with the Finance Ministry and get it addressed in the Union Budget, but according to the source quoted by The Hindu, “nothing has been done.”

Due to deals such as that of 36 Rafale jets, S-400 air defence systems and induction of platforms like CH-47F Chinook heavy lift and AH-64 Apache attack helicopters, the Indian Air Force (IAF) has committed liabilities of ₹47,400 crore. However, it has got a capital allocation of ₹39,300 crore only.

Similarly, Navy has got a capital allocation of ₹22,227 crore, whereas its liabilities stand at ₹25,461 crore.

With the amount allocated to both the wings, it will not be possible for them to make new deals. There are chances that they might default on earlier payments as well.

The Hindu reported that the Army has a total shortfall of ₹12,000 crore for the coming year, of which ₹6,300 crore is in the capital head and around ₹5500 crore in non-salary expenditure.

One thought on “Union Budget 2019: Military dissatisfied with defence allocation”