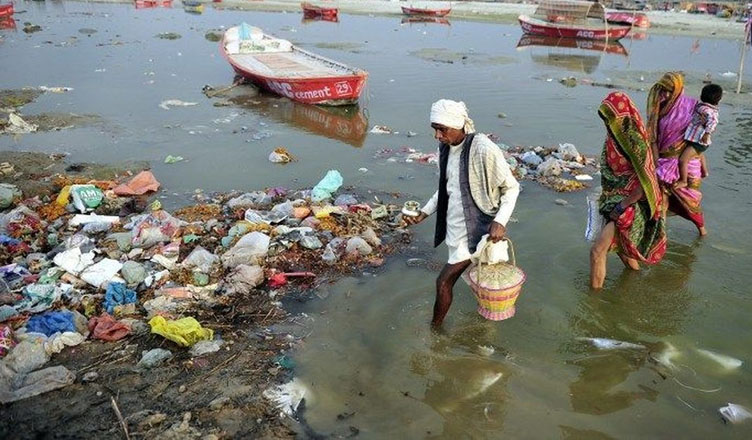 Looks like Prime Minister Narendra Modi has failed to listen to his mother Ganga’s cry for help. This is probably the reason why the Ganga has not become any cleaner under his government. In fact, its contamination levels have increased at many places since 2013.

The Central Pollution Control Board (CPCB) had earlier said that while the government’s effort to tackle pollution in the Ganga is visible through it ₹20,000 crore clean-up, it has still been indicated as a ‘priority 4’ river due to its BOD (Biochemical Oxygen Demand) range of 3.5-8.8 mg/l.

A BOD less than 3 mg/l is considered as an indicator of a healthy river by the CPCB. The higher the BOD is, the worse the river.

Apart from BOD, another parameter which is used to measure pollution in water bodies is dissolved oxygen (DO). The higher the level of the DO is, the lesser polluted the water is.

The DO level should be more than 4 mg/l in a clean water body.

The CPCB examines the Ganga river at 80 sites. According to a CPCB report, the BOD level of Ganga in 2017 was more than 3 mg/l at 36 of the 80 sites. It also revealed that the water at almost half of the 80 sites that the board examined is unsafe for domestic purposes.