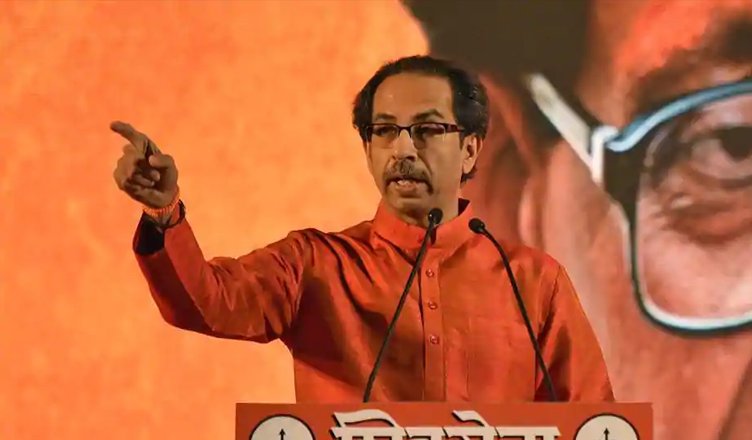 After Congress President Rahul Gandhi attacked Prime Minister Narendra Modi over the controversial Rafale deal and said ‘Chowkidar chor hai‘, Shiv Sena president Uddhav Thackeray on Monday said that the way the scams have been taking place in the country, it looks like “chowkidars have become thieves.”

Thackeray hit out at its ally Bharatiya Janata Party (BJP) over various issues right from Ram Mandir to Rs. 15 lakh in every account jumla, from scams to farm crisis.

Reminding BJP of its promise of constructing Ram temple in Ayodhya made during the 2014 Lok Sabha election campaigning, Thackeray said that Shiv Sena will not rest until the temple is constructed.

“I went to Ayodhya (November) and have come to the holy land of Pandharpur. I want to wake up the sleeping Kumbhakarna — you exploited Ram temple to win elections and now you are in a slumber. We will not rest till the Ram temple is constructed,” Thackeray said while addressing a rally in Pandharpur in Maharashtra’s Solapur district.

“The PM makes all kinds of promises which he says will be implemented by 2022 – this means people must vote for him in 2019. After that, he will again say everything was a ‘jumla’ to be said during elections,” he added.

Criticising the BJP for failing to deliver on promises made to farmers, the Shiv Sena president said that neither their incomes have been doubled nor have they been provided loan waiver.

“There is a scam bigger than Rafale in the agriculture sector. Despite having four state-run insurance companies, the government has given out contracts to 12 companies who have nothing to do with crop insurance. The poor farmers may be debt-ridden, but they will not flee like Vijay Mallya, Nirav Modi or Mehul Choksi,” he said.

Referring to the recently-concluded elections in five states and BJP’s defeat in all the five states, Thackeray said that the defeat has “shattered the BJP’s arrogance.”