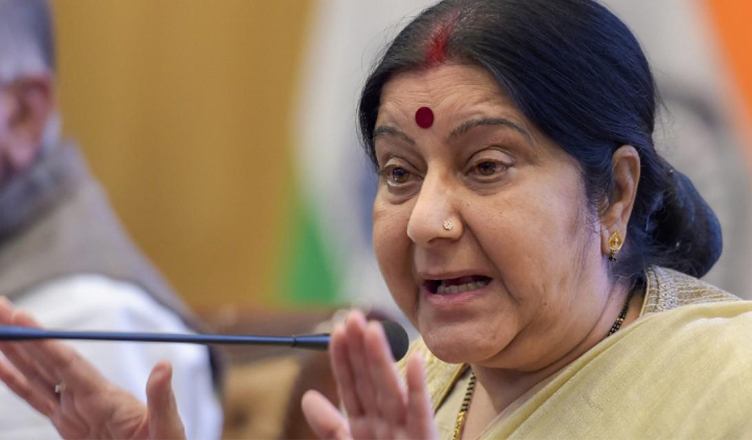 Not getting sidelined by the trolls, Swaraj went ahead by liking over 200 tweets to show the world how she was trolled.

Now, a Hindustan Times analysis has revealed that 41 BJP lawmakers, follow at least one of the accounts that trolled the External Affairs Minister.

What is even worse, Prime Minister Narendra Modi follows eight of those accounts.

The tweets that Swaraj liked came from 169 accounts, and 18 of these accounts are followed by at least one BJP parliamentarian.

“I was out of India from 17th to 23rd June 2018. I do not know what happened in my absence. However, I am honoured with some tweets. I am sharing them with you. So I have liked them,” Swaraj tweeted on Sunday.

The trolls came in the backdrop of a Lucknow Passport Office official, Vikas Mishra, who was transferred after the inter-faith couple alleged that he lashed out at the wife for marrying a Muslim and asked the husband to convert to Hinduism.

Head of BJP’s IT cell Amit Malviya has said, “PM following someone is not a character certificate of the person, and is not in any way a guarantee of how the person would conduct himself.”

But if reports of such accounts trolling and abusing people surface on social media, then at least the Prime Minister can set an example by unfollowing such trolls and sending out a warning message to others.

However, this is something far from reality, because we have always seen leaders from the ruling dispensation encouraging such trolls, since they are doing nothing but only furthering their own motive of suppressing those who raise their voices against them.