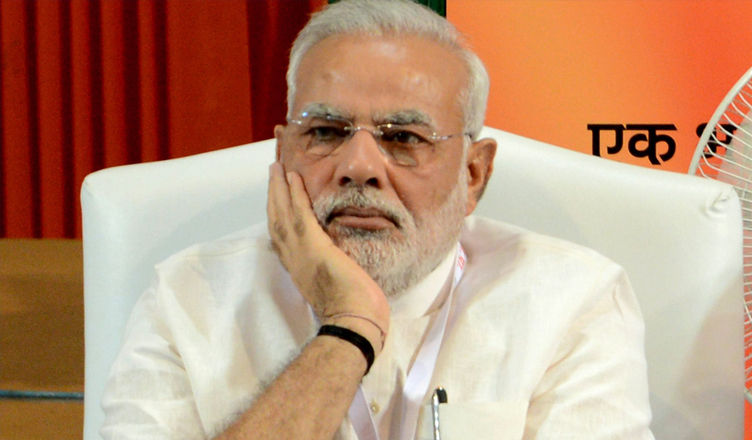 Looks like the Congress doesn’t want to miss out on any chance to ridicule Prime Minister Narendra Modi. However, it’s PM Modi himself who has given them this opportunity.

In an interview with News Nation on Saturday, PM Modi, while commenting on the airstrike conducted in February, said that despite bad weather, he gave a go-ahead to fighter jets as he believed that clods and heavy rain would prevent radars from detecting jets.

Taking to Twitter, Congress used the much-famous dialogue from the movie ‘Uri’ and wrote, “How’s the josh? Cloudy sir,” along with the hashtag #CloudyModi. It also posted a small snippet from PM Modi’s interview where’s he’s seen making this comment. In the end, the video poses the subject of Science as a human being committing suicide.

The hashtag is already trending on Twitter and Twitterati is super funny in its tweets regarding the cloud-radar remark.

Have a look at some of the funny tweets:

First as a self proclaimed economist he ruined the economy of the Country. Now he made a mockery of the entire Nation by claiming himself to be a scientist. #CloudyModi pic.twitter.com/7DHwTGQfQ4

Looking at Modiji foreign policy , specially with China one thing is clear

During this election season Modi ji checking the status of Clouds and thinking whether this weather is good for his future or not. #CloudyModi pic.twitter.com/wqg0w7zWgp

Feku was emailing people in 1988, 7 years before internet was made public in India. ?

First digital camera to go on sale was heavy kodak camera in 1991.

But then @narendramodi had it in 1988, he clicked a picture of Advani ji, mailed it (just to remind you Sabeer Bhatia founded hotmail in 1996 ).

There is a limit to stupidity pic.twitter.com/Pn9uWapGKz

We have a new radar expert in the country – Radarendra Modi.