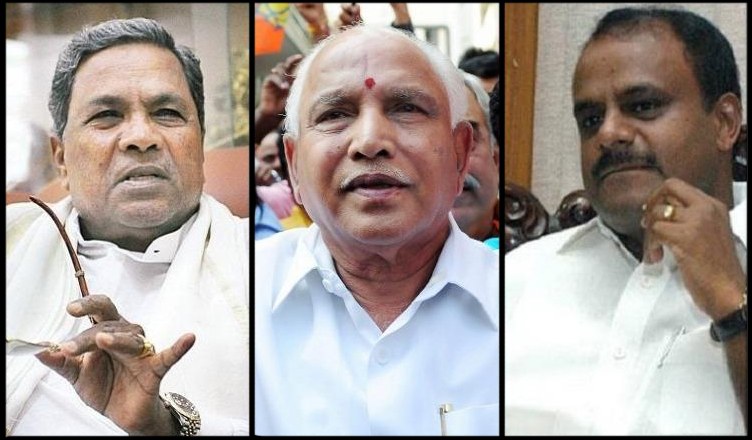 The sequence of events going on in Karnataka post the assembly elections results on May 15, has filled the general public with anger and disappointment with the present Central government which is doing anything and everything only to gain power in the state. Right from offering bribes to horse-trading, the Bharatiya Janata Party (BJP) is resorting to everything unconstitutional only to come in power.

Have a look at the tweets some of the people expressing their utter disappointment over the recent events taking place in Karnataka:

A twitter user Sanjiv Bhatt tweeted a picture of Congress MLA and appreciated him for remaining true to his party.

He was offered ₹150 Cr and a Ministerial berth by BJP's Janardhan Reddy. He declined the offer, putting his own life, his family and his career at risk. We need more such bravehearts who can stand up to the fascist forces. pic.twitter.com/SdTwiz0ze5

Journalist Nikhil Wagle also pointed out towards the wrong means the BJP is resorting to in Karnataka.

Those who still think 56” chest is non corrupt should look at what is happening in Karnataka. From where all this money coming from? What is the role of mining mafia in this floor test?

Some other tweets are as follows:

1. #KarnatakaFloorTest to be happened immediately.
2. Judges to stop going on Morning Walk.

While the outcome of #KarnatakaFloorTest will be known tomorrow, if Congress party which lost the mandate, whose 17 ministers lost & JDS who lost deposits in 155 of 222 seats they contested ,rule Karnataka again by default. Will it not be injustice to People of Karnataka?

PM Modi is a futuristic leader. He predicted #KarnatakaFloorTest long ago. ? pic.twitter.com/zODf1MgHI8

BJP given ticket to Yeddurappa
But bjp is not corrupt

Bjp given ticket to Reddy brothers
But bjp is not corrupt

BJP will win by foul means.

We the people of India are to be blamed.

Only 2 possible outcomes of #KarnatakaFloorTest today –
1. If BJP wins it – Murder of Democracy
2. If BJP loses – End of Modi Wave

#KarnatakaFloorTest Modiji shame on you and your kind of politics. pic.twitter.com/YKP2cq1QLD

Every BJP MLA earns 100 Crore monthly once he is in Govt. That's what Modi's "Sabka Saath Sabka Vikas" stands for
All BJP rulers remain busy in "Khaunga and or Khaunga" once in Govt#KarnatakaFloorTest https://t.co/2ZjRNVhgMT