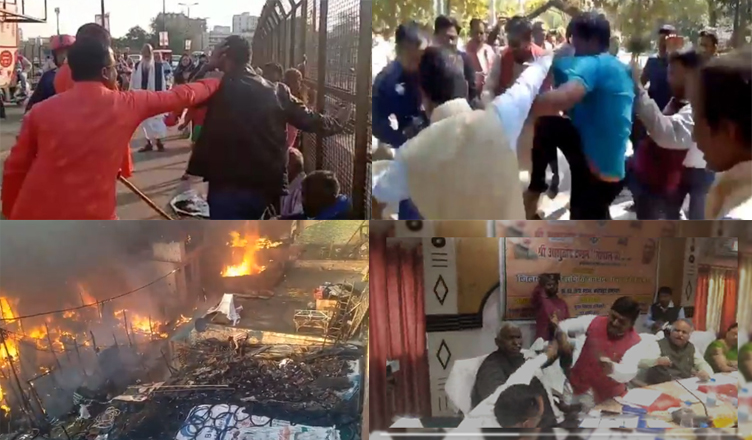 Wednesday (March 06) was not at all a good day for Uttar Pradesh, with incidents of violence reported from different cities, putting a blot on the state’s law and order administration.

However, what is ironical is that instead of the state government addressing the matter and proposing steps to deal with the situation, we woke up the next day to see newspapers across the country to be filled with advertisements claiming ‘improved law and order’ with ‘zero tolerance policy’ towards crime in the state. 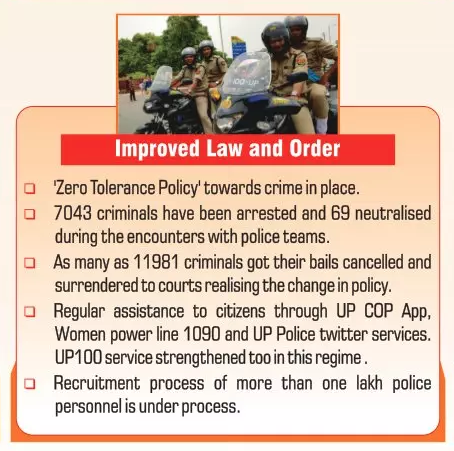 Let’s talk about the series of incidents that took place in the state on Wednesday:

The first one was reported from the state capital, Lucknow, a pair of saffron-clad men thrashed two Kashmiri vendors, only because they were Kashmiris.

It was only when some locals intervened that the vendor was rescued. While one of the vendors ran away from the spot, the other was rescued by one of the locals who questioned the goons for attacking them. On being asked why they were beating up the men, the assaulters replied that they were “Kashmiris.”

SHOCKING: Some goons in saffron kurtas throttle, assault a Kashmiri dry fruit seller in Lucknow. Passersby come to rescue of the Kashmiri. Case yet to be registered.

On the same day, Bharatiya Janata Party (BJP) workers brutally thrashed a man only because he questioned the government’s claims with respect to jobs and education. What more? The man also called as a terrorist by the mob.

In Muzaffarnagar, BJP workers brutally thrashed a youth who confronted govt's claim over job and education during an election special segment hosted by senior journalist @narendrauptv for his channel. Mob can be heard calling the youth a terrorist. pic.twitter.com/mNjo3zCT6n

The next in line is out of the league only. The next set of assaulters belong within the saffron party only. In a video that went viral, a BJP MP was seen hitting a BJP MP with his shoes after a fight erupted between the two over seeking credit for a new road.

Also read: Congress will give ‘martyr’ status to soldiers of all forces, promises Rahul Gandhi

The video shows BJP MP Sharad Tripathi getting angry at MLA Rakesh Singh because his name was missing from the foundation stone for a local road.

The city of Meerut also witnessed clashes between the police and residents of a slum after the residents alleged that the local police set their homes on fire.

Visuals of massive fire at a slum in Meerut. Residents allege that the jhuggis were set on fire allegedly by the local police from Sadar police station after a brawl with local residents over encroachment went horribly wrong. pic.twitter.com/MfESzPwSes

Wednesday was a day which proved that the law and order situation in Uttar Pradesh is in shambles, literally.