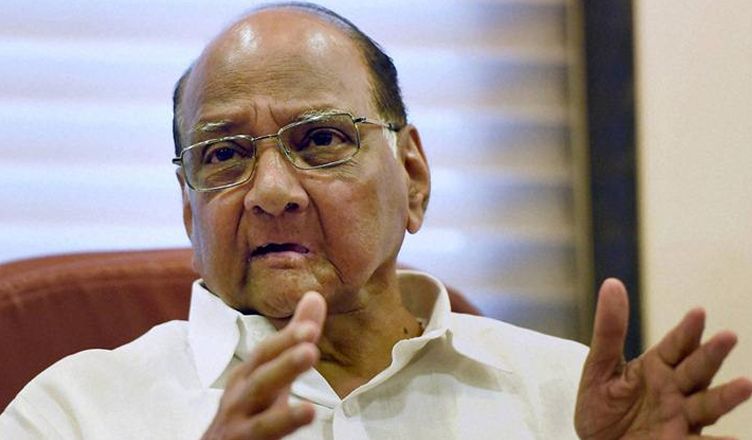 Nationalist Congress Party (NCP) chief Sharad Pawar said the so-called “threat letters” issued against Prime Minister Narendra Modi “lacked authenticity”.  He termed the threat letters as a ploy used by the BJP government in Maharashtra and at the Centre to gain sympathy votes. His remarks came a days after Pune and Mumbai police claimed recovering such letters from five people who were arrested for alleged naxal links.

“But I am sure people will not fall prey to such tactics,” Pawar said while speaking at a public rally to mark the 19th anniversary and valedictory function of party’s “halla bol” (raise voice) function on Sunday in Pune.

Police has claimed that they found out from the letters that a plot was being hatched to assassinate Prime Minister Modi in a “Rajiv Gandhi-type incident” and also targeting Maharashtra Chief Minister Devendra Fadnavis for initiating operations against rebels.

Raising doubts over the threat letter reaching to the media, Pawar said that while interacting with a senior retired police officer in the CID he came to know that such letters are never circulated in media, but are always sent to security agencies and adequate measures to be taken are ensured.

The NCP chief further said that the graph of BJP was moving downwards.

Pawar also criticised the arrest of five persons for having alleged maoist links.  He said, “When like-minded people came together to organise Elgar Parishad, they were called naxals and arrested. Everyone knows who executed Bhima Koregaon Violence but those who have no link with it were arrested. This is the misuse of power.”

Who knows, even NCP might end up becoming a part of the united opposition, gearing up to give a tough fight to the BJP in the 2019 Lok Sabha elections.