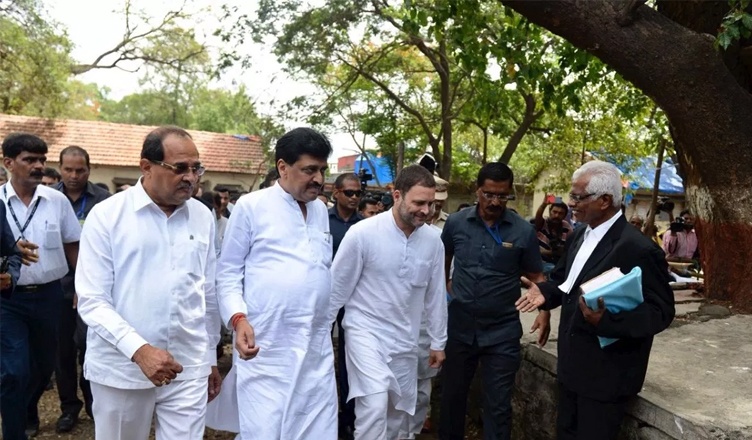 Rajesh Kunte, an RSS leader from Maharashtra filed a defamation case against Rahul Gandhi for saying that the RSS was responsible for Mahatma Gandhi’s death in 1948. In 2016 Mr. Gandhi requested the Supreme Court to dismiss the case but withdrew the petition later saying that he was ready to be tried. The RSS told the Congress President that they would drop the suit but only if Mr. Gandhi would publically state that he did not blame them for the death of Mahatma Gandhi. Rahul Gandhi said that he stands by his words and will never take them back.

It is interesting to note that Nathuram Godse’s family say that he never left the RSS. Testimonies from other members involved in the plot to kill the Mahatma have also talked about the RSS’ supremo, Savarkar wanted  Gandhiji finished. Savarkar was arrested shortly after but released as Godse refused to admit Savarkar’s role and his co-conspirator, Badge’s testimony was not considered because he was not present when Savarkar gave Godse the gun and directions.

Congress President Rahul Gandhi has stuck to his convictions and said that he will fight against the ideology of the RSS and BJP.  He appeared before the court in Bhiwandi, Mumbai to plead not guilty in the defamation case. Later, while speaking to the press he said, “They can keep filing cases against me and I will keep fighting. I am fighting against their ideology and I will win.”