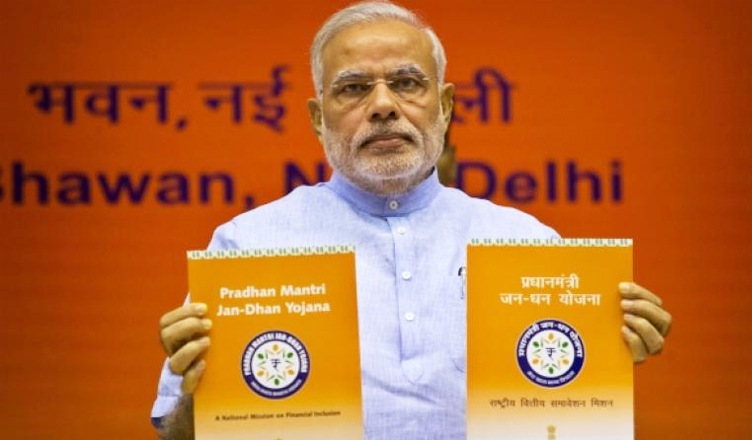 Prime Minister Narendra Modi launched the Jan Dhan Yojana in 2014 as a financial inclusion program, enabling all to get access to banking facilities. However, this scheme is nothing but only a renamed version of the UPA government’s Basic Savings Bank Deposit Account (BSBDA) scheme.

It was the UPA government that the sowed the idea of financial inclusion. The Reserve Bank of India (RBI) introduced the Basic Savings Bank Deposit Account (BSBDA) which was also called the ‘No Frills Account’ or ‘Zero Balance Account’.

Until May 2014, 25 crore BSBD Accounts had been opened and the average citizen began to enjoy the advantages of modern banking.

Simultaneously, the Aadhaar programme was rolled out and 65 crore Aadhaar numbers were issued by May 2014.

BSBDA and Aadhaar were historic achievements. They were possible because of the following steps taken earlier to build the financial architecture

Rural branches of banks were opened and rural Banking Correspondents (BC) were appointed. The following table compares the record of the UPA and of the NDA:

Coming back to Jan Dhan Yojan, the NDA government conveniently ignored the 25 crore accounts that were opened before 2014. Not just renaming, they also ruined the entire impact the earlier scheme and proved that their scheme is nothing but a jumla.

Let’s have a look at some of the loopholes that this ‘jumla’ scheme has:

All these points show how much “financial inclusion” has really happened and that this scheme was nothing but a jumla, aimed at mobilising crores of rupees from poor people and enabling the banks to use the same for lending and investment. It has no where helped the poor, in fact, has exploited them.

3 thoughts on “The truth about Jan Dhan Yojana: Yet another jumla”