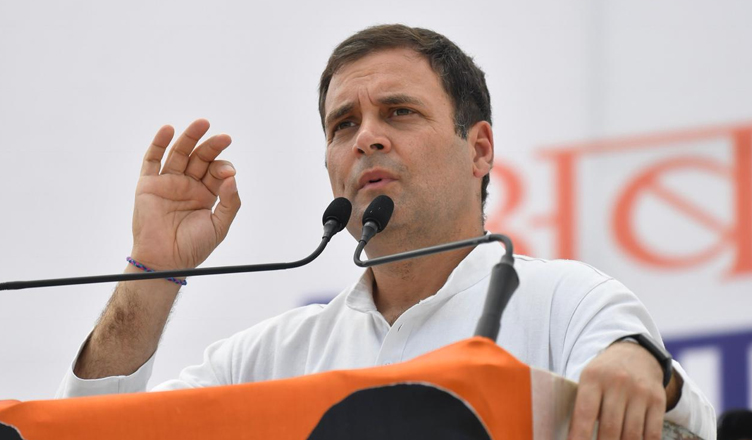 Taking a jibe Prime Minister Narendra Modi for his most famous slogan coined during the 2014 Lok Sabha elections campaigning, Congress President Rahul Gandhi on Monday said that the slogan has changed from ‘Acche Din Aayenge’ to ‘Chowkidar Chor Hai.’

“The slogan has changed in the last 5 years. Earlier it was ‘Acche Din Aayenge’. The new one is ‘Chowkidar Chor Hai,” Gandhi said while addressing a public meeting in Fatehpur Sikri, Uttar Pradesh.

He further said that PM Modi made three promises in 2014 of 2 crore jobs every year for the youth, loan waiver to farmers, and 15 lakhs in everyone’s account but he failed in delivering on all these.

Other highlights from Gandhi’s speech are:

Also read: Maneka Gandhi’s another warning, says villages which vote for BJP will get priority for work

One thought on “The slogan has changed from ‘Acche Din Aayenge’ to ‘Chowkidar Chor Hai’: Rahul Gandhi”