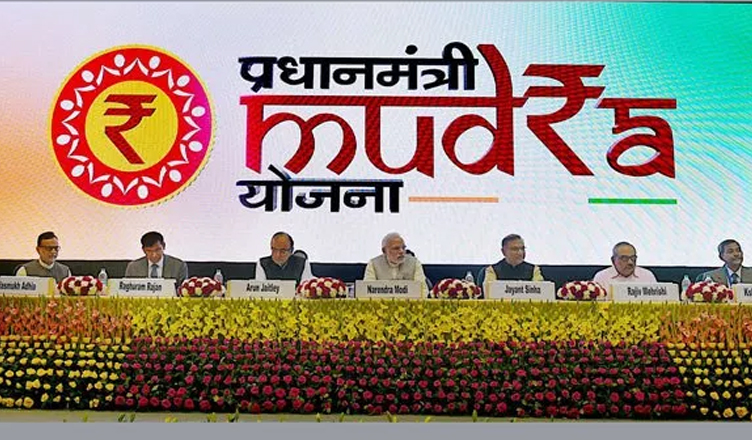 Just like other NDA government schemes, Prime Minister Narendra Modi’s Pradhan Mantri Mudra Yojana (PMMY) has also turned out to be a jumla.

“We got MUDRA with which we opened the gates of banks for the youth, to give out loans without a guarantee. 14.5 crore loans were given out to 25-26 crore families.” (Prime Minister Modi, Chatarpur, Madhya Pradesh, November 24, 2018).

The Mudra Yojana is the story of a miracle. It was first conceived of as a refinance bank in the 2015-16 budget to help lower the cost of finance to financial institutions, which lowers interest rates for individuals who borrow. Credit guarantees enable lending to those who are unable to provide collateral.

Since simple refinance would not show Prime Minister Narendra Modi as the transformative agent he wishes to be seen as, from April 2015 all MSME loans below Rs 10 lakh were redefined as the Pradhan Mantri Mudra Yojana (PMMY). All of a sudden the Mudra Yojana became a giant scheme with lending to MSMEs in 2017-18 at Rs 2,53,677 crore. MUDRA Bank disbursed Rs 7,501 crore that year as refinance, which only amounted to 3% of the scheme’s headline numbers.

Independent studies make it clear that the larger lending scheme is a jumla:

The government does not provide data to facilitate a direct comparison of PMMY-sized loans made to MSMEs before 2015-16. But the available numbers show that the Modi government has severely lagged the UPA record:

Prime Minister Narendra Modi: “Today the youth of our country no longer wanders the streets looking for a job, he stands on his own two feet, determined to hire 2-4-5 people with his loan. We have achieved all this via the Mudra Yojana.” (PM Modi, Gwalior, November 16, 2018)

In 2017-18, close to 90% of the loans had an average size of Rs 24,840. This is completely inadequate for even one job, let alone 2-5 as claimed by the Prime Minister. Only 2% of PMMY loans were greater than Rs 5 lakh under which employment conceivably could be generated from the returns of the loan.

A large portion of PMMY loans is used as working capital by micro-enterprises. Assume a borrower uses Rs 25,000 to buy stock, which is then cleared four times over a year to generate sales of Rs 1 lakh. In a best-case scenario, he will generate a return of 20%, equivalent to Rs 20,000/year. This is not enough to generate any jobs.

The structuring of working capital as a three-year term loan is also flawed. Enterprises, large and small, require a continuous flow of working capital. If it is repaid in its entirety the entire business model fails at the time of repayment. This is bound to exacerbate the problem of non-performing assets that had jumped to Rs 14,931 crore in April-December 2018 according to a Right to Information request.

Directly undercutting PM Modi’s claims, on 10 August 2018, the Finance Ministry stated in a parliamentary reply that “data on jobs generated under the PMMY scheme is not maintained centrally.”

Nor do the government’s own actions signal any confidence in this claim. After suppressing the NSSO survey showing unemployment at a 45-year high in 2017-18, the NITI Aayog asked the Labour Bureau on 21 February 2019 to present its findings on job creation under PMMY. But in March 2019, the NITI Aayog developed cold feet and indefinitely postponed releasing the results of this survey.