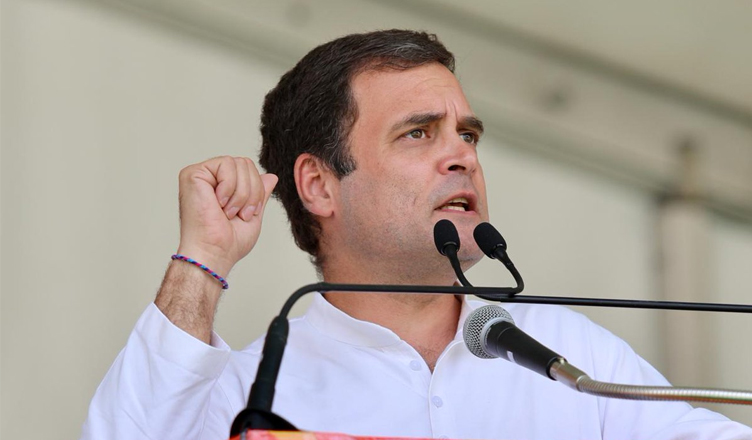 Congress President Rahul Gandhi on Saturday said that the more hate Prime Minister Narendra Modi will give, the more hugs will the Congress party give him.

“The more hate PM Modi gives, the more hugs will the Congress party give him,” Gandhi said while addressing a public meeting in Shajapur, Madhya Pradesh.

Launching attack on PM Modi over his demonetisation move, Gandhi said that Congress’ NYAY scheme will speed up the economy and strengthen people’s purchasing power.

“The strength of India’s economy is the purchasing power of people. Modi broke that strength by imposing demonetisation because people did not have the money to buy,” Gandhi said.

“NYAY scheme will strengthen India’s purchasing power. This will speed up the economy, employment opportunities will be created,” he added.

One thought on “The more hate PM Modi gives, the more hugs we will give him: Rahul Gandhi”