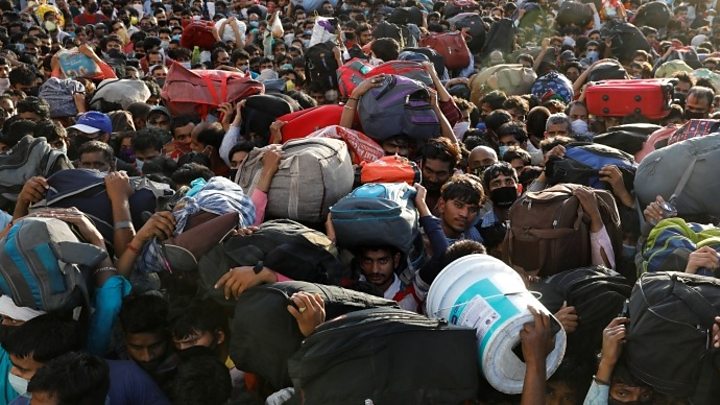 The BJP government is now famous—or notorious—for its big bang announcements. While it promised a ₹ 1.7 lakh crore relief package under the PM Garib Kalyan Yojana, the reality is that only ₹ 34,000 crore has been delivered as of 6th of May. As has become their habit, the BJP government is quick to announce, but slow to act.

As the country went into lockdown on the 25th of March, the first relief package was announced. It was not only inadequate but it also completely left out many vulnerable sections of the society. There was no mention of those who would be hardest hit economically, namely the migrant and informal labourers as well as the Micro, Small and Medium Enterprises (MSME) sector.

Also Read: Why Does the BJP Government Protect Corporate’s but not Farmers?

And even as the lockdown adversely impacted crucial industries including those that produce medical equipment such as masks and PPE kits as they faced a severe shortage of labour and inventory of raw material, several people were stranded in cities with no source of income or government assistance. The government turned a blind eye to their plight but continued with its gimmickry. It didn’t say a word on the second financial package even as the economy descended further with no support from the government.

As the lockdown was extended, on the 16th of April, the PM met the Finance Minister to finalize the second financial relief package. Yet, as the days went by, no announcement came and the lockdown was extended for the third time—however the BJP very uncharacteristically announced it without much pomp, perhaps because it realized the anger of people. There were several expectations from the government as millions of people’s future is in jeopardy. It is estimated that an already high unemployment rate to has tripled during the lockdown.

The government appears to be oblivious of this fact and is behaving as though things are normal. The chief economic advisor, Krishnamurthy Subramanian had stated on the 2nd of May, that the second financial package will be announced “very soon”. It was further reported that the PM met other key stakeholders in the government, including the Finance Minister and the Home Minister, amongst others to discuss the details of the financial package for the sectors severely impacted by the lockdown.

Yet, there has been no announcement of a second financial package and for several firms the lack of adequate help from the government is becoming a matter of survival. The absolute disregard of the government towards the suffering of the millions of vulnerable sections of people makes one wonder what their true intentions are. It makes one wonder whether this is the incompetence of the government or something more sinister. After all, a people who face anxiety all the time are easy to rule and duck questions from. Fear and anxiety is what authoritarian governments thrive on and the BJP’s policies appear to be designed to create just that—whether it is the ill-thought demonetization or the inaction during the lockdown—they are all designed to create fear and anxiety in the people. If only the BJP realizes that without a strong economy, we cannot have a strong India!