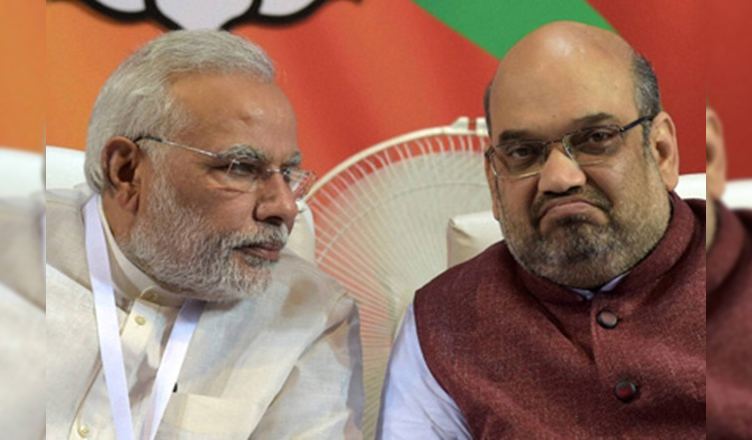 Karnataka, the state with Congress’ incumbent government headed by Chief Minister Siddaramaiah is more likely to win the state polls of 2018 and thanks to BJP’s disastrous campaigning so far that the already easy looking victory has become even easier for Congress.

It looks like the BJP still trying to figure out who will be their face to contest against Siddaramaiah and on what agenda they are willing to seek votes. It started with Narendra Modi’s few rallies which virtually left no impact on Karnataka’s voters. Then came the man who contemporary media has titled as ‘Chanakya’, the Amit Shah. The “grand” welcome Karnataka gave to Mr. Shah with empty chairs was evident of how much election-ready BJP is and how much public acceptance it has in the state.

And, from somewhere out of the blue, came Mr. Ajay Singh Bisht aka Yogi Adityanath. However, the first phase of Yogi’s Karnataka campaign did not last long, thanks to the Uttar Pradesh by-election results of Gorakhpur and Phulpur where Yogi couldn’t save his own home and SP-BSP registered a thumping victory. BJP is bringing Yogi back in the campaign in the final days of the election. Doesn’t it make BJP look more like leaders-less party in Karnataka?

In this April only, BJP called on Ram Madhav to handle Karnataka campaigning. This is when Amit Shah along with B. S. Yeddyurappa claimed to achieve acomfortable victory in the state. Modi is going to address more than a dozen rallies in remaining days while Yogi may hold more than thirty rallies. It is evident that the BJP is trying its best to protect Modi’s image.

Not only leadership but BJP looks confused even with their agendas. Making allegations of corruption on Siddaramaiah and having Yeddyurappa as CM candidate proves how committed BJP is to ‘clean politics’. In addition to Yeddy, even Reddys are back on BJP’s tickets. BJP tried to make the Karnataka government look bad as it introduced state flag but failed badly as it was questioned on policies of the central government which is imposing Hindi in every state.

What can be the reason of having Yogi in Karnataka if not to polarize votes on the Hindutva card? Only one BJP candidate named Sanjay Patil said openly that ‘Karnataka election is not about roads or drainage but about Hindu and Muslim religion’. He still remains to be a BJP candidate though. Not to forget the attempts of Anant Kumar Hegde’s to create a division with his highly controversial remarks on Dalit and the Indian Constitution.

Modi is not talking about his government’s performance but keeps targeting the Congress government in Karnataka. He is failing to convince voters how he will give non-corrupt governance with Yeddyurappa and Reddy on his side. He fails to prove his commitment towards pluralism and secularism that Kannada people believe in. For Modi and BJP, Karnataka is just another state where number of seats matter more than anything else.

BJP is yet to clarify what it has to offer to Karnataka? Will it make Yeddyurappa CM or it will be anyone else? What is BJP’s stand on Karnataka state flag and supremacy of Kannada in Karnataka? What governance model BJP trying to sell in Karnataka with Adityanath as star campaigner? BJP has failed to answer any of these questions till date.