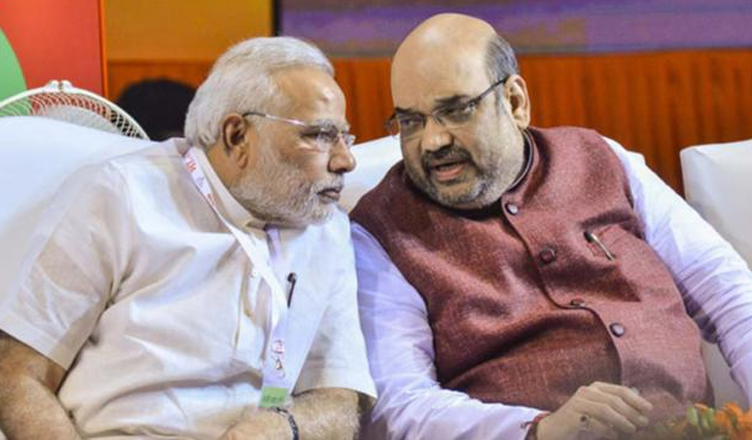 It may sound alarmist to some, but the fascists are here! If a Central University in the National Capital can be attacked with the Police being mute spectators, the government is either incompetent or it is complicit. It certainly is not incompetent. The pattern of violence on campuses makes it clear that universities that are perceived to be critical of the ruling regime are the targets of this insane brutality. Yesterday it was the JNU. A few weeks ago it was Jamia and Aligarh Muslim University. The attackers have unleashed terror with impunity. But how did India descend into this madness so easily and so fast?

It really wasn’t so fast. An authoritarian regime is the jetty of fascism. The BJP had an authoritarian streak from the time it came to power in 2014.  The government had witnessed student unrest in 2015 when the students of FTII protested the blatant politicization of education by appointing a Gajanan Chauhan, an actor of dubious creative capabilities as the chairman of the premier film institute. Chauhan’s only credentials appeared to be that he is a BJP loyalist. The government also appointed several RSS pracharaks and BJP functionaries to the FTII panel. The government refused to listen to the students and allay their anxieties about their future.

The next year, the government infamously announced the demonetization drive and once again paid no heed to economists who warned of economic doom. Critics were called anti-nationals or black money hoarders. Celebrities with little knowledge of economics or administration were roped in to back the government. To this day the objective of demonetization remains nebulous and the magnitude of the economic catastrophe is unfathomed. A pliable media helped the government get away after it destroyed the economy and jeopardizing millions of livelihoods.

The media in 2018 was caught red-handed when the news website Cobra Post undertook Operation 136 and exposed several mainstream media outlets that were willing to peddle various shades of Hindutva and act as the BJP’s unofficial mouthpieces. As a corollary, they offered to demonize the opposition leaders. And they did so in the run-up to the 2019 general elections, while some media outlets refrained from questioning the government to avoid facing the wrath of powers that be. Some sections of the media went after the opposition to appear ‘neutral’ at the cost of objectivity.

Meanwhile, the other institutions that are entrusted with ensuring checks and balances in our democracy became meek and ensured a free pass to the forces of fascism. The greatest asset of a democracy—the citizenry—grapples with disinformation and disillusion. It is in this environment of ignorance and arrogance that fascism breeds. Fascism is not a fancy term from a bygone era. It is a political system based on extreme state control, and in which political opposition is not allowed. Only a naïve person would believe that India is not experiencing such situations today. The attack on JNU didn’t happen overnight. For years now, anchors on primetime indulged in dog-whistling referring to students who question the government as the ‘Tukde-Tukde’ gang. Such slogans were uttered by bloodthirsty mobs as they attacked students and teachers.

While the institutions that are meant to safeguard democracy and liberty have become culpable in this descent into authoritarianism, the last and only hope is the people. If only people were more objective our society would have been liberal. Objectivity must not be confused with neutrality. We can have our political preferences, but the moment we lose our ability to reason and argue, we fall prey to our primordial loyalties. As individuals, we must realize that we are a part of the ‘faceless people’ in whose name democracy functions. If we do not speak up when there is injustice, we will be aiding the forces of fascism that will strip us all of our civil liberties. We are not just inconsequential pawns in the chronology of fascism; we are rather the chromosomes of democracy. In our collective quality lies the strength of Indian democracy.